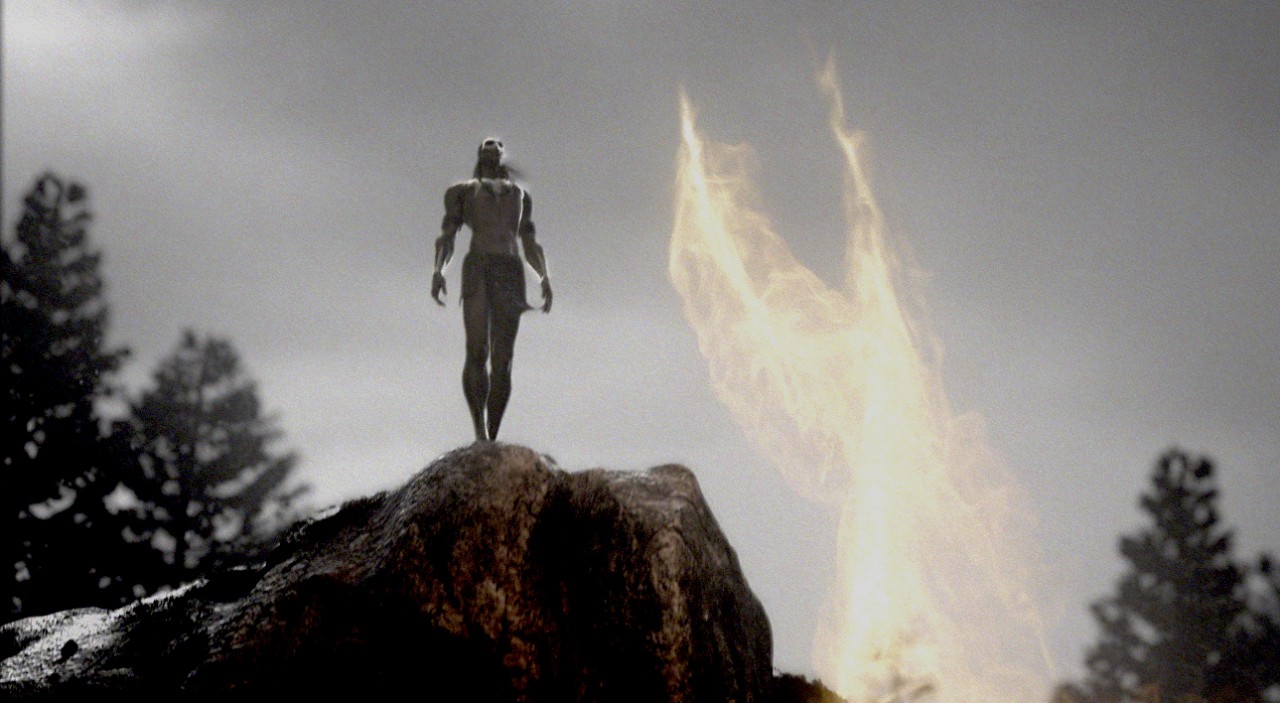 Yesterday, J.K. Rowling announced a new series of Pottermore articles, about the “History of Magic in North America” where each installment over the week would talk about a different aspect of the North American wizarding world.

The first chunk, titled “Fourteenth Century – Seventeenth Century,” begins with an introduction to the “Native American magical community.” Like the rest of the Harry Potter world, witches and wizards can be born to non-magical families (No-Majs), and many with the abilities gained “reputations for healing as medicine men, or outstanding hunters…others were stigmatised for their beliefs, often on the basis that they were possessed by malevolent spirits.” Rowling also takes the legend of the “skin walker,” and makes it synonymous with Animagi, and notes that wands entered North American when Europeans entered.

When the news first came out that Rowling would be writing about “indigenous magic,” many people I knew were excited/cautious. With consistent media misrepresentation, the persistent “Magical Native American” trope, and other stereotypes, there was so much that could go wrong. And…..it did.

Several writers more equipped than me addressed Rowling’s portrayal of magic in North America, noting that it turned an       ethnically, linguistically, and culturally diverse group into one monolithic community. Dr. Adrienne Keene of Native Appropriations said that Rowling’s overwriting of the “skin walker” with her own narrative was highly insensitive.

What you do need to know is that the belief of these things (beings?) has a deep and powerful place in Navajo understandings of the world. It is connected to many other concepts and many other ceremonial understandings and lifeways. It is not just a scary story, or something to tell kids to get them to behave, it’s much deeper than that. My own community also has shape-shifters, but I’m not delving into that either.

Dr. Keene and Justina Ireland at BookRiot also pointed out the ethnocentric implications of wands “refining” magic and wands being the exclusive technology of European creation. There are definitely some undercurrents of European superiority there and while I don’t think Rowling intended that, it’s a harmful categorization. Colonial narratives often emphasize differences in technology as indicative of “progress,” and throwing in that the Native American wizards were “particularly gifted in animal and plant magic” doesn’t exactly alleviate that since it perpetuates this idea that Native Americans were populations with a natural and “primordial” connection to nature, rather than advanced societies.

American Indians in Children’s Literature (AICL) also wrote a piece about how misrepresentations of Native people were a consistent in the American literary tradition, with many dismissing it as “only fiction” and thus, harmless. It ends with this call for action:

It isn’t only fiction. Stories do work. They socialize. They educate. Or–I should say, they mis-educate. Do your part. Join us in pushing back on misrepresentation. It has been a long haul. Let’s bring that to an end, together.

Today, the section titled “Seventeenth Century and Beyond” begins with colonization, but in a way that completely side-steps the mass amounts of real violence that occurred:

As No-Maj Europeans began to emigrate to the New World, more witches and wizards of European origin also came to settle in America. Like their No-Maj counterparts, they had a variety of reasons for leaving their countries of origin. Some were driven by a sense of adventure, but most were running away: sometimes from persecution by No-Majs, sometimes from a fellow witch or wizard, but also from the wizarding authorities. The latter sought to blend in among the increasing tide of No-Majs, or hide among the Native American wizarding population, who were generally welcoming and protective of their European brethren.

The only reference to the genocide and violence towards Native bodies?

Not only had conflict developed between the immigrants and the Native American population, which struck a blow at the unity of the magical community, [Puritan’s] religious beliefs made them deeply intolerant of any trace of magic.

With the Europeans, Rowling introduces a new group reminiscent of the Death Eaters, Scourers, the authors of the Salem Witch Trials who are a kind of bigoted, magic-hating group.

As the wizarding community in America was small, scattered and secretive, it had as yet no law enforcement mechanism of its own. This left a vacuum that was filled by an unscrupulous band of wizarding mercenaries of many foreign nationalities, who formed a much-feared and brutal taskforce committed to hunting down not only known criminals, but anyone who might be worth some gold.

While Rowling does bring up the Puritans and the ways their religious beliefs fostered intolerance, the narrative centers heavily around the dangers faced by “New World witches and wizards” and prioritizes their struggles. For instance, their challenges in not having an apothecary which forced them to “forage among unfamiliar magical plants.”

Most of the reactions to this backlash are variations of “fiction isn’t real,” which is an argument I’m tired of seeing in every single conversation about representation and diversity. There should have been consultants, research, and sensitivity, and it doesn’t seem like there was. Fiction isn’t harmless, even more so when it’s part of a world and huge and beloved as Harry Potter. What did you think about Rowling’s “History of Magic in North America?”