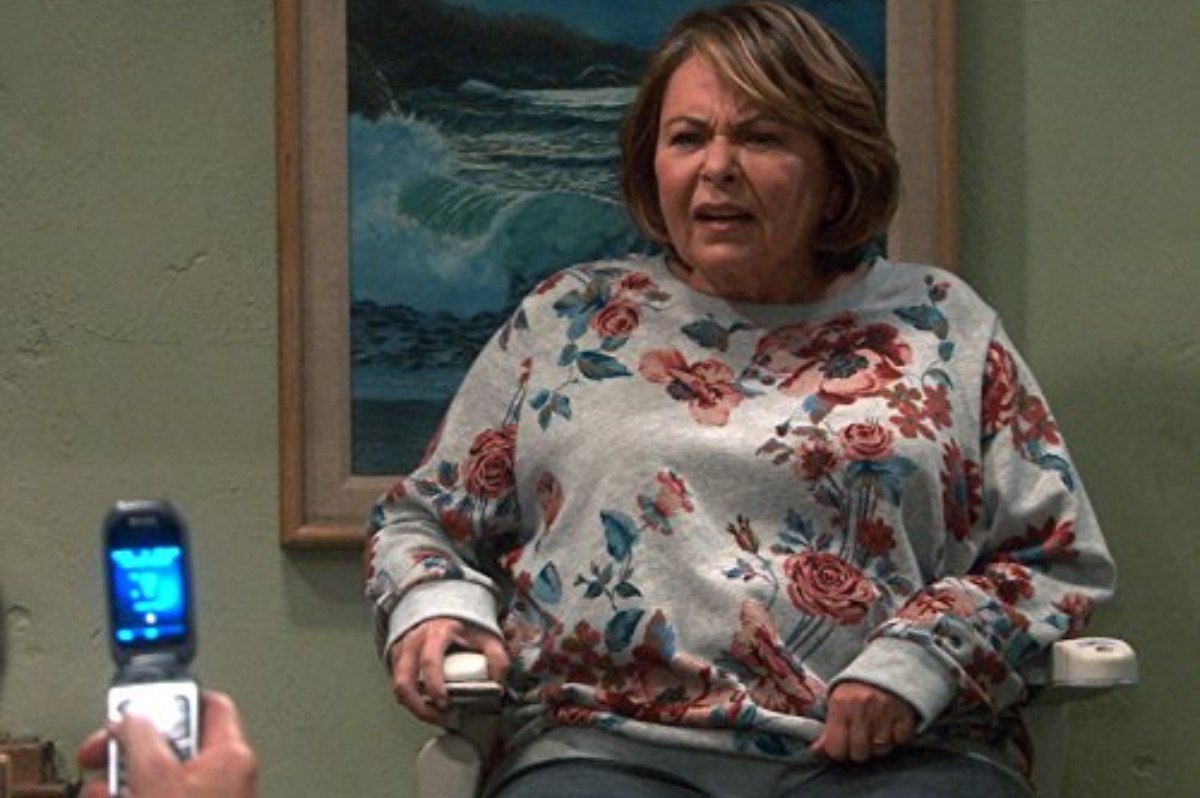 [Update: In shocking news, ABC has canceled the Roseanne reboot in light of her racist tweets]

BULLETIN: ABC says “Roseanne’s Twitter statement is abhorrent, repugnant and inconsistent with our values, and we have decided to cancel her show.”

The Hollywood Reporter confirms this.

Roseanne Barr being the worst isn’t news. If we were stilling using homing pigeon, the message still would have reached us long ago. The idea that nostalgia is a good excuse for people to watch her rebooted Roseanne show on ABC, and that the “good writing” is worth putting money directly into Roseanne Barr’s pocket, is laughable.

However, maybe people are finally having enough.

Today, Barr started a Twitter rant—the Tweets have since been deleted—that was the perfect combination platter of terrible. First, it started with Barr saying that Chelsea Clinton was married to George Soros’ nephew, based on a rumor from Scott Baio, in a perfect example of the fools leading the foolish. It then led to Barr tying that into CIA mind control and a racist tweet in which she called former President Obama senior adviser Valerie Jarrett the baby of the “Muslim Brotherhood & Planet of the Apes.” 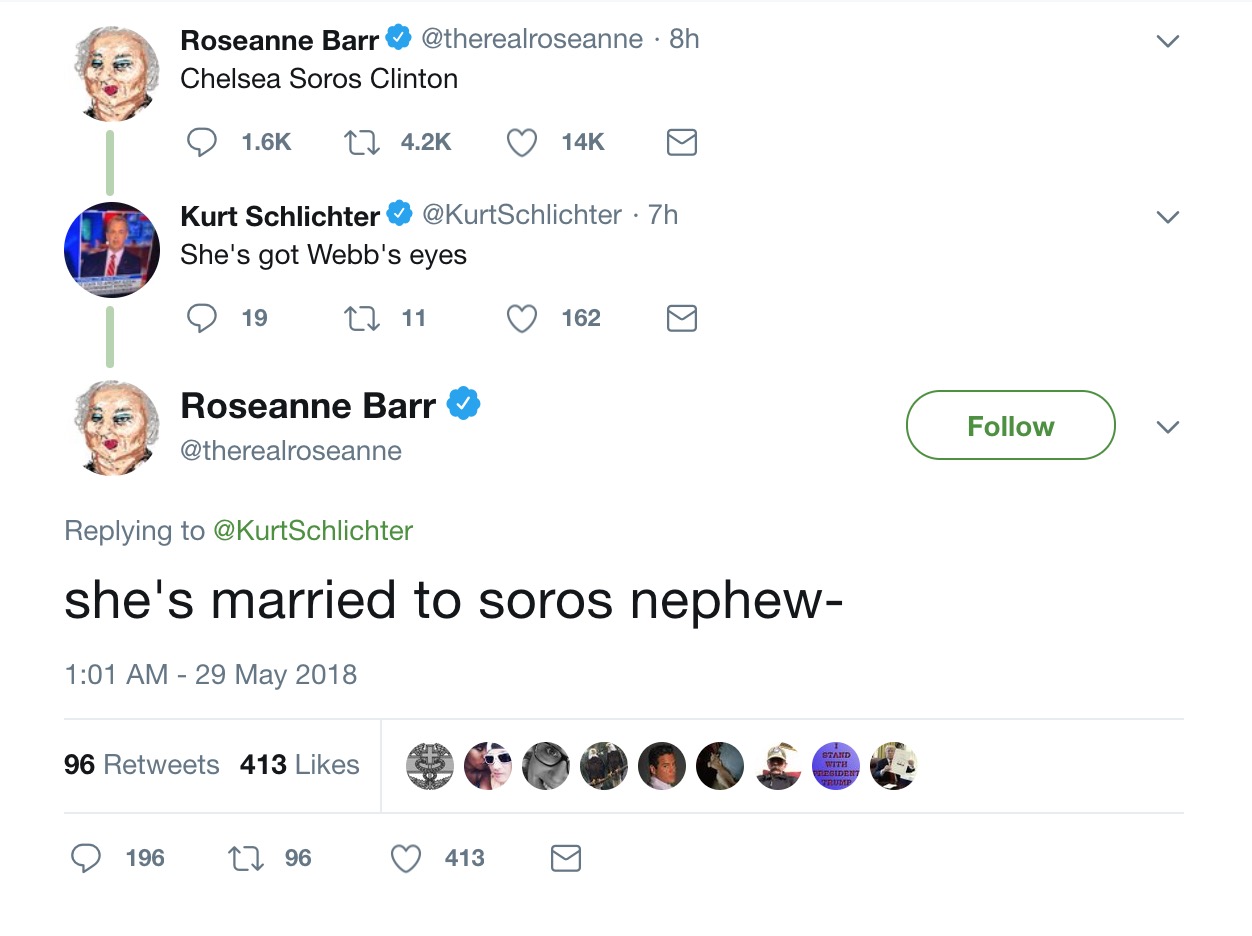 soros’ goal; the overthrow of us constitutional republic by buying/backing candidates 4 local district attorney races who will ignore US law & favor ‘feelings’ instead-and call everyone who is alarmed by that ‘racist’.

Chelsea Clinton responded to the unfounded accusations with the grace of someone who has dodged so many foul turds throughout her life she has become Trinity from The Matrix.

Good morning Roseanne – my given middle name is Victoria. I imagine George Soros’s nephews are lovely people. I’m just not married to one. I am grateful for the important work @OpenSociety does in the world. Have a great day! https://t.co/mXokiTEwN7

Meanwhile, Roseanne defended herself against the racism accusation with the tried and true excuse of “it’s a joke” alongside an apology—and a promise to leave Twitter—that never owned up to the racist heart of that joke, even though comparing people to APES has never not been a racial/ethnic slur.

ISLAM is not a RACE, lefties. Islam includes EVERY RACE of people.

Thankfully, people are calling her out, and consulting producer Wanda Sykes tweeted that she will not be returning to work on the show. The real question is whether audiences will come back. Will John Goodman and Laurie Metcalf come back, and if so how will they justify it? And why does this suddenly matter now, when this is hardly the first offense?

All this to say that Roseanne will still come back to television, and people will still watch. Any cast members who return in light of all of this cannot put their heads in the sand and say that they are trying to have a dialogue. The truth is they want the money, and they have a long history of love with Roseanne Barr that may be hard for them to fully shake, despite who she has become.

Meanwhile, ABC didn’t air an episode of black-ish that dealt with kneeling before NFL games to protest racism, because why bother starting a conversation about that?

Hey @ABC, Roseanne Barr compared Valerie Jarrett to an ape. There is no apology she can make that justifies @ABC turning a blind eye to this bigotry by airing another second of her show.
Even in the Age of Trump, there are red lines that can never be crossed. This is one.

I will not be returning to @RoseanneOnABC.