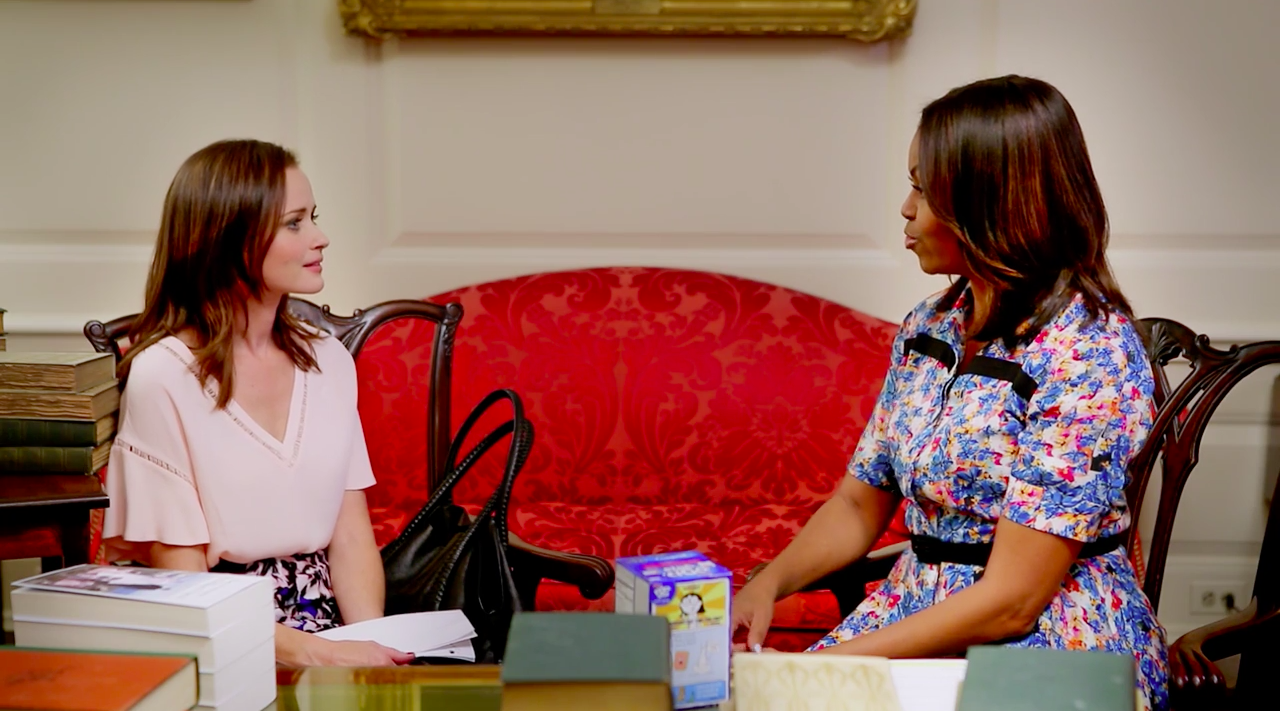 Who else is excited for the Gilmore Girls reunion season? We’re rapidly approaching the release of the full season via Netflix, and now even the FLOTUS herself is getting involved in a dual effort to promote the show’s arrival as well as put in a plug for her Let Girls Learn initiative via her official Snapchat account.

The Rory Gilmore cameo was teased last week, and while some initially wondered if it meant FLOTUS would be making a surprise appearance on Gilmore Girls, it turns out that Rory’s visit to the White House was just for a little cross-promotional gain. You can check out the cute little clip shared via the Gilmore Girls Twitter account below:

Just a couple of girls talking about books… (👻: michelleobama)https://t.co/CS48LB9fk7

If you’ll recall, Rory originally left Stars Hollow at the end of the first Gilmore Girls run to follow Barack Obama’s campaign as a political reporter, so this is a lovely little bit of things coming full circle. (And I do always appreciate a subtle Elena Ferrante reference–Rory is right, the FLOTUS will definitely want to make sure she has the full series close at hand.)

We’re still waiting on an official release date, but this clip is one that’s got my interest fully piqued. It’s really nice to see Bledel back in character as Rory again.