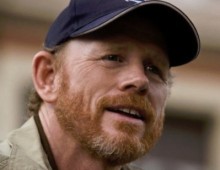 A complete lack of information regarding both the Netflix exclusive fourth season and the rumored feature film has left Arrested Development fans screaming,”Come on!” But, according to Ron Howard’s Tweet from yesterday afternoon, there is still hope. Have faith!

Arrested Development for Netflix. IT’S ALIVE. This is what the writer’s room looks like twitter.com/RealRonHoward/…

Personally, I’m not so sure I like how that writer’s room looks; a few too many note cards if you ask me. But, it does mean that if the photo is real of course, the ladies and gents are working tirelessly to get us our fix of Jason Bateman and Michael Cera. There has been speculation that the distressed-looking man in the picture is series creator, Mitchell Hurwitz. That said, we can’t know for certain if it is, indeed, the big man himself. We are all hoping for more information soon (film please?)