A new trailer for Rogue One: A Star Wars story debuted on Good Morning America today, after director Gareth Edwards told the world it was coming last night on The Star Wars Show. With the first Star Wars anthology movie’s December 16 release date drawing closer, this new trailer takes a deeper dive into Jyn Erso’s backstory and gives us a little character development beyond her now legendary “I rebel” moment.

There’s also some X-wing fighting, droid action, and a bit of Darth Vader in there to round things out (though not a whole lot of women aside from our protagonist, strangely if not unexpectedly). Edwards also debuted a new theatrical poster, which is more character focused than the one we got a few months ago. Check it out: 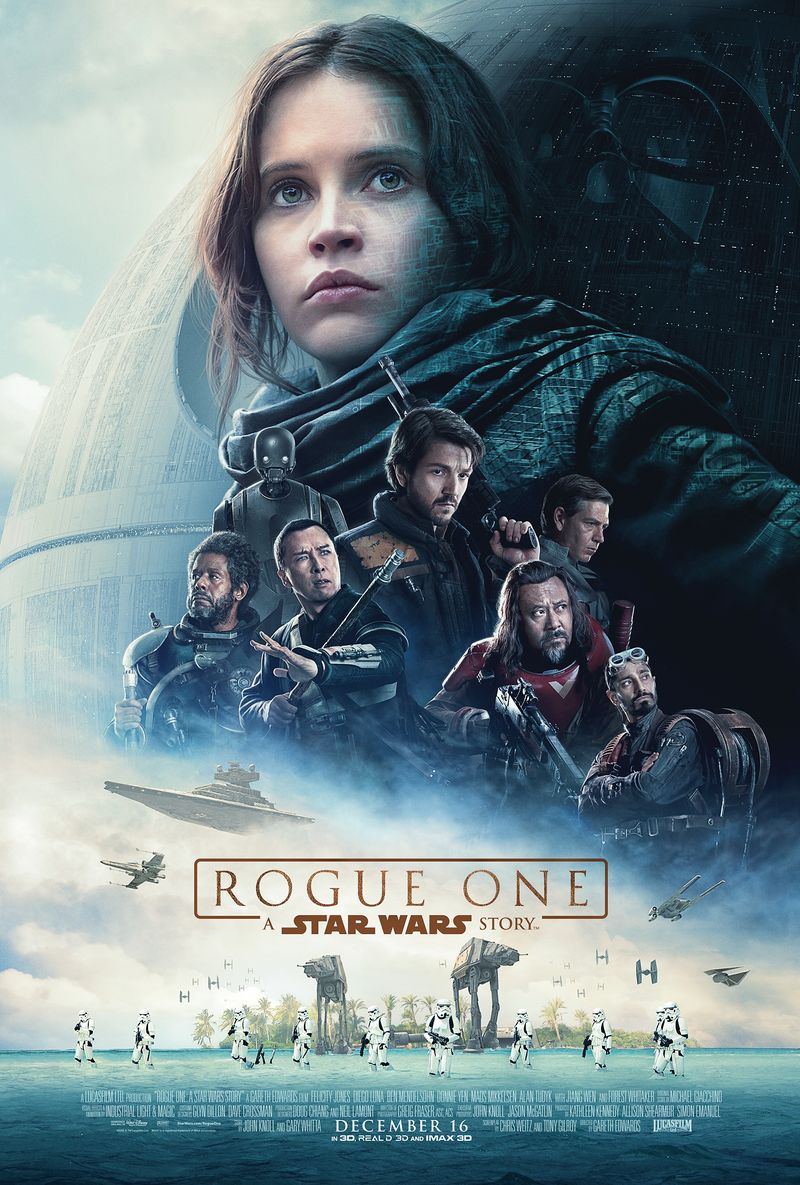