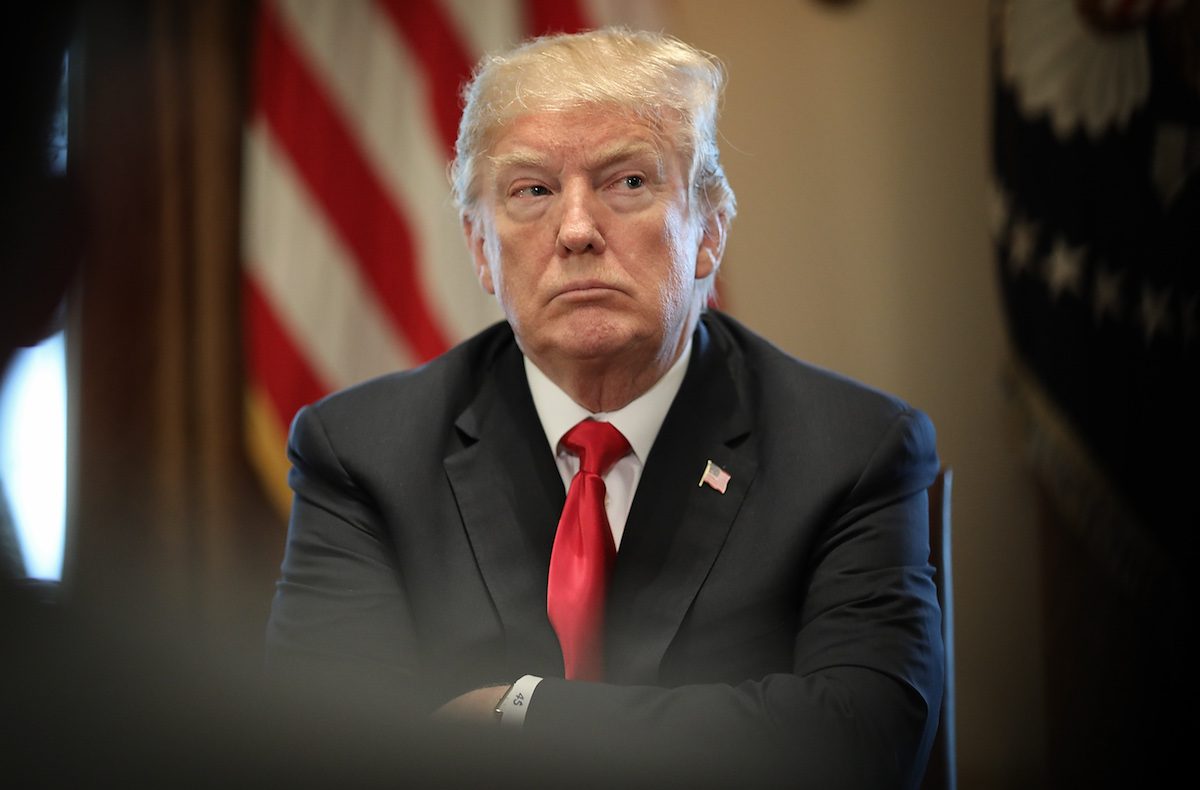 High-profile, pro-choice lawmakers often skirt the topic of abortion or avoid saying the word itself, opting instead to discuss women’s health more broadly, because let’s face it: Abortion, despite being safe, legal, and absolutely necessary health care, remains mired in stigma, but in light of Donald Trump’s Supreme Court nomination of Brett Kavanaugh, an anti-choice extremist whose record gives us every reason to believe he would vote to dismantle abortion rights, discussing abortion upfront has become inevitable.

This week, Sen. Elizabeth Warren penned a fiery, passionate, and smart op-ed about what Kavanaugh means for Roe in Marie Claire; Sen. Patty Murray did not mince words in a Senate floor speech, in which she recounted the harrowing story of a college friend of hers who underwent an illegal abortion, resulting in her infertility. Democratic leaders are speaking up directly about abortion in a way that’s nearly unprecedented, and we need their voices—and yours, of course—now more than ever.

Trump, Pence, and certainly Kavanaugh have all made it clear, in their words and actions, that they intend to end Roe, one way or another. At this time, in addition to taking actions like calling our senators, showing up to rallies, and supporting abortion funds and advocacy groups, it’s crucial that we talk about abortion in our everyday lives. Shame, stigma, and silence have enabled politicians to carry out their war on women with lethal efficiency in recent years, but they are not the majority. More than 70 percent of Americans support abortion rights, and it’s time for each and every one of us to declare this, unequivocally and unapologetically.

On Tuesday, pro-choice advocates and lawmakers rolled out protests, a social media campaign, and an email-writing campaign to the Health and Human Services Department to reject the Trump administration’s proposed “gag rule.” So far, Trump has proposed stripping groups that provide abortion care, like Planned Parenthood, of Title X funding, and additionally, permitting doctors with objections to abortion or contraception to not talk about these options with their patients.

Both policies are alarming, considering more than 40 percent of low-income, Title X patients across the country receive care through planned parenthood, meaning that thousands of low-income women could lose access to the wide range of reproductive health services that Planned Parenthood offers. As it currently stands, for some very unfair and discriminatory reasons, Planned Parenthood and all health groups are banned from using federal funding for elective abortions, due to the Hyde amendment. Stripping Planned Parenthood of the rest of its federal funding would really just stop thousands of people from accessing crucial, often preventative health care.

And in letting doctors withhold information on the grounds of “religious freedom”—using a contrived definition of “freedom” that regards women’s right to safe, informed decisions as irrelevant—the gag rule would also disproportionately affect low-income women and women of color, not to mention erode women’s trust in their doctors.

Of course, even after Tuesday’s Day of Action, there’s work to be done as we await the Trump administration’s next steps. You can start by sending a complaint to the HHS Department through Planned Parenthood here, and of course, by giving your representatives a ring, but more than anything, follow reproductive health groups on social media, and share their invaluable educational and informative posts on your social channels. At a time when our government is trying to hide and obscure basic truths that so many people’s livelihoods and health depend on, the responsibility falls on all of us to fight back by uplifting the truth in any way we can.

On Wednesday, an appeals court heard legal arguments for a Kentucky abortion law that requires women to undergo ultrasounds and see fetal images before they can access abortion care. In 2017, a federal judge ruled that the law was unconstitutional, prompting anti-choice Kentucky Gov. Matt Bevin to submit an appeal. Under this law, doctors could be fined up to $250,000 for failing to comply.

As of July 2018, Guttmacher Institute reports that 26 states require pregnant women seeking abortions to receive ultrasounds prior to having an abortion. In recent years, where an ultrasound law in North Carolina was recently struck down in the courts, a similar law in Texas was upheld, indicating a lack of consensus in different courts.

But one thing is for certain: Ultrasound requirements are about inconvenience and manipulation. They’re meant to delay women from receiving abortions, or cost them additional fees that many low-income patients simply can’t afford. And most frustrating of all, they’re part of anti-choice lawmakers’ overarching agenda of humanizing fetuses to shame women, and make them feel uncomfortable or guilty about seeking basic health care.

There is only one remaining abortion clinic in the state of Kentucky, and while this law was struck down, many more restrictions and laws remain on the books with the transparent purpose of shaming women and denying them health care.

Of course, also this week, the 7th Circuit Court upheld a prior ruling that blocked an Indiana law requiring women to have an ultrasound at least 18 hours before seeking an abortion. In her ruling, Judge Ilana Rovner called the law an “undue burden” and pointed out the law’s underlying paternalism, adding that it undermined women’s “ability to reason.”

“Women, like all humans, are intellectual creatures with the ability to reason, consider, ponder, and challenge their own ideas and those of others,” Rovner wrote. “The usual manner in which we seek to persuade is by rhetoric not barriers.”

As Roe v. Wade faces its greatest threat in recent history, it also faces increased support, according to new polling from NBC News and the Wall Street Journal this week, with 71 percent of American voters saying it should not be overturned. Notably, this includes a majority among even Republican voters.

While support for abortion rights in this country has generally been rising through the years, especially among younger people, the latest polling is indicative of the increasing chasm between people’s values and needs, and our government’s actions. Abortion rights are popular because abortion rights are necessary. Safe, legal abortion is life or death for women; it’s economic security or poverty, human rights or second-class citizenship.

That said, strong bipartisan support for Roe is pretty indicative of why Brett Kavanaugh is among the least popular Supreme Court nominees ever—equally or less popular, even, than some who ultimately failed to be confirmed. In another poll released this week, more Americans want Senators to reject Kavanaugh than confirm him, and while 50 percent of men approve of Kavanaugh, just 32 percent of women do; conversely, 35 percent of men and 46 percent of women oppose Kavanaugh, and hmm, I wonder why that may be? I’m sure it has nothing to do with how women’s lives are on the line.