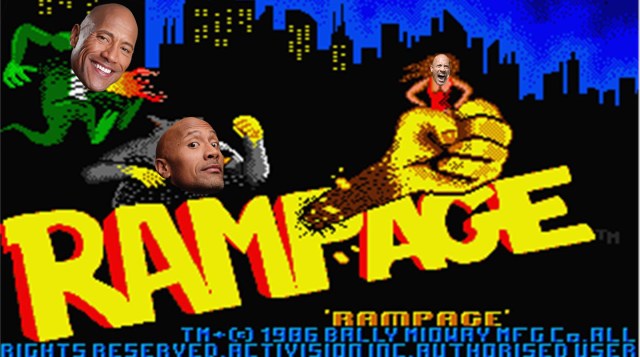 THE ROCK ABOUT TO MAKE THE BEST MOVIE IN THE HISTORY OF MOVIES, PROBABLY.

You might have thought San Andreas or Tooth Fairy were peak Rock, prepare to be Rocked. Most likely by falling debris from buildings the Rock is climbing up in order to EAT PEOPLE. 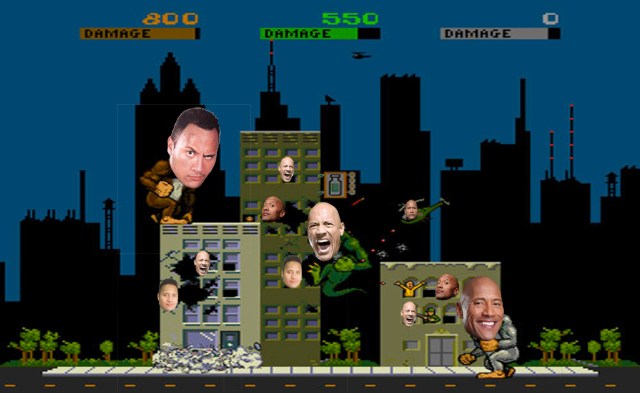 New Line has actually been trying to get this one made since 2011. “Dwayne Johnson is re-teaming with New Line and producer Beau Flynn for Rampage, a live action feature that has been set for a 2016 summer production start,” Deadline reports, “The script is by Ryan Engle (Non-Stop), and New Line is working to fill the open directing assignment now.”

It’s not the first video game adaptation Johnson has been involved with, he also starred in 2005’s Doom, though I’m not sure if anyone actually saw that movie. Nevertheless, I’m sure this is going to be appropriately bonkers.

And as much as I’d love The Rock to play all three monsters, 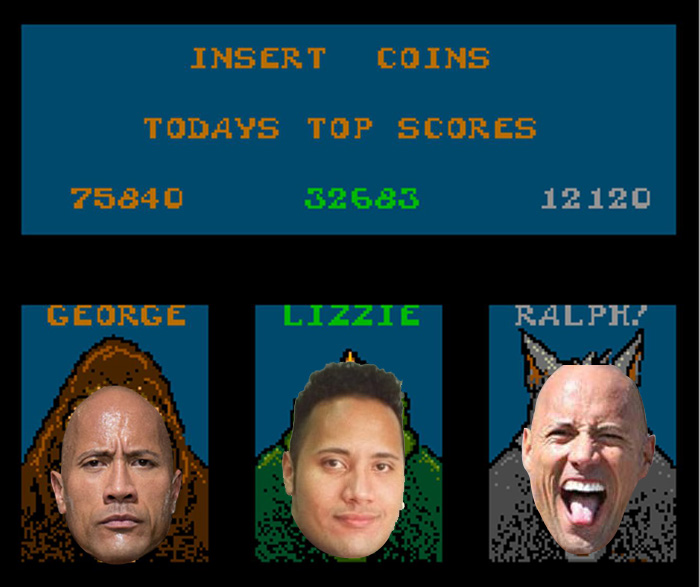 Deadline says he’ll actually be the one fighting them instead.

Therefore, I nominate Aubrey Plaza for Lizzie, Pedro Pascal for George, with Sir Patrick Stewart as Ralph. This is non-negotiable.