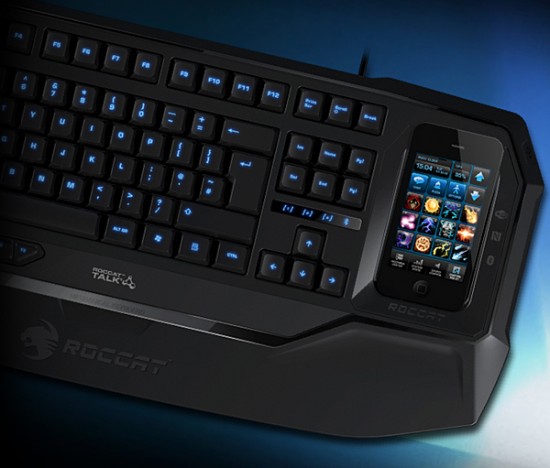 When it comes to console games, control schemes tend to be streamlined and efficient. After all, there are only so many things you can do with thumbsticks, triggers, and a handful of buttons. PC games, on the other hand, have the freedom to go completely buck-wild; you have a whole keyboard to deal with. As a Mechwarrior fan, I have to say I can appreciate the PC approach and can always use moar buttonz. Roccat knows where people like me are coming from, which is why they’re working on the Power Grid app that can make your smartphone into a hyper-competent PC gaming sidekick.

Now as sweet as that all is, there are a few caveats worth mentioning. First, the app is currently in beta, so it’s not completely ready or available yet. Related, the beta is only on iOS. It’ll be coming to Android and Windows Phone, but not yet. Second while Power Grid is way cheaper than most other hardware options, it is admittedly hard to use touchscreen buttons without looking at them. You may not have to minimize or window your game, but you’re probably going to have to glance away. Still, it’s an elegant, frankly genius idea.

Years ago, I all but gave up PC gaming because it was more complicated and expensive than the console alternative, but I have to say with the rise of F2P games for the PC and the really clever advances in user interface technology like this, I’m starting to regret that move. Granted, it’s not like I could have afforded to have been a real PC gamer all these years, but crazy functionality like this for free is pretty incredible. Hopefully Roccat can keep up the good work, I can’t imagine what you might be able to do with this on a tablet.