We Interrupt Your Regularly Scheduled Broadcast to Bring You: Robots 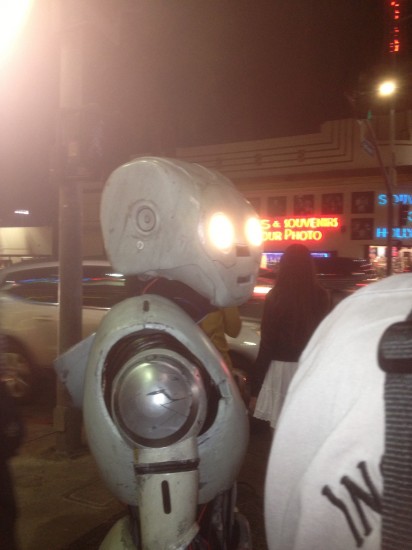 He could certainly do better than this miscreant, the turnstyle dodging jerk:

And now that I’ve seen one robot doing it I can only assume that it was how all these guys got there too. Where are the robot transit police, I ask you?

Here’s an honorable soul, getting himself around on only the power of his own giant battery.

Oh, and now this guy’s hailing a cab. 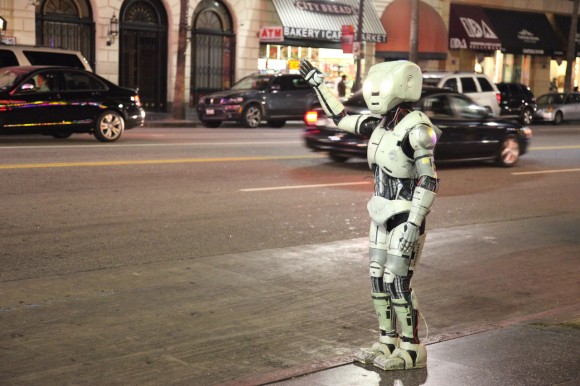 I guess he had places to be after all. Welp, see you later, robot.