A Robotic Spider-Shouldered Dress Fit for any Supervillain, Other Mother, or Queen of Blades 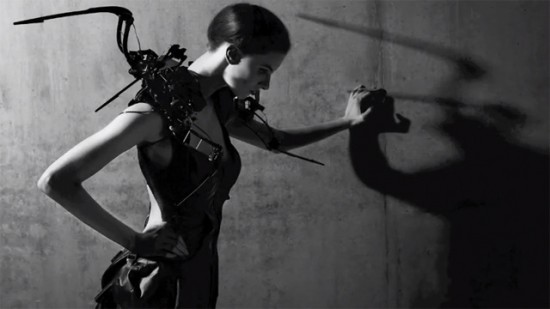 Designer Anouk Wipprecht was the impetus behind this dress topped with animatronic, twitching robot limbs. See it in action below, and figure out which occasion you’d wear it to. Old friend’s wedding? Ten year high school reunion?