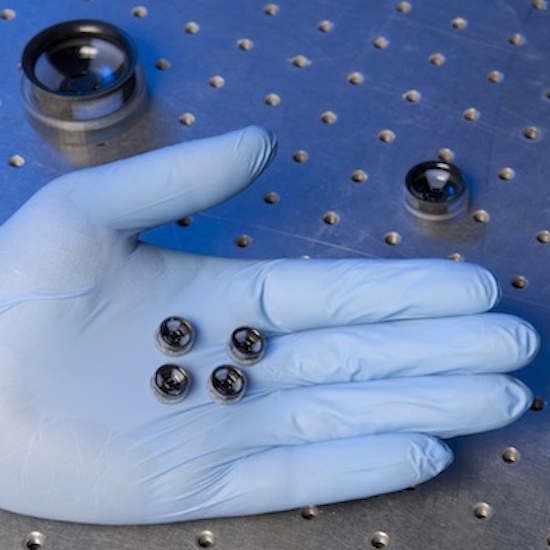 When we think of robots, we tend to anthropomorphize a bit. Years of TV and movies have gotten us used to thinking of the machines as mechanical versions of us. The fact is, though, the next generation of robots will come in a staggering variety of shapes and sizes, many of them — or at least come of their traits — inspired by the animal kingdom, like DARPA’s AlphaDog or this inflatable “soft robot” from Harvard. Researchers are hard at work trying to repurpose animal parts that could be useful to new robots, and the latest entries in that field are these 3D printed robotic suckers, which mimic the suctioning ability of a squid or octopus, and could help tomorrow’s robots grip objects, move around, and of course one day restrain human prisoners. Until that day, though, they will be pretty cool!

Gripping and manipulating objects is another place where our prejudices may influence our thoughts on what’s actually the best way to hold something. It’s no surprise we tend to be pretty partial to fingers, and not for nothing — they’ve gotten us where we are and generally acquit themselves admirably when tasked with holding something. Working robotic fingers are pretty hard to make, though. More than that, a human hand and finger may not be the right tool for the job on, say, an emergency response robot built to squeeze into cramped spaces, for example. That’s where a tentacle could come in handy, and no species has a better developed tentacle than the octopus, whose strong, flexible limbs are covered in hundreds of tiny suckers, each of which can exert suction pressure independently, offering it unprecedented control  along with excellent grip strength.

That blend of high strength and fine control is what a team of engineers led by the U.S. Army Research Laboratory is hoping to replicate with their robotic suckers. Printed using an advanced, multi-material ready 3D printer, the self-sealing suckers are powered by a central vacuum that applies suction when a sucker comes into contact with an object. That means no suction is wasted on powering grippers that aren’t gripping anything, and makes the ones that are more focussed and powerful. The suckers — which already demonstrate enough power to lift a wine bottle — could be applied not only to tentacles robots, but those with more traditional limbs to increase their grip strength, though the research team’s current focus is on materials testing to make sure they’re building the suckiest sucker they can.