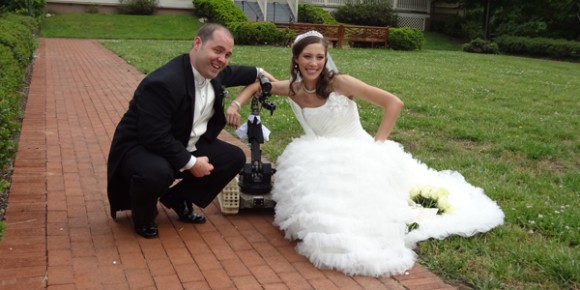 Most people choose adorable/annoying relatives to act as ring bearer or flower girl at their nuptials but not Laura Cressman. Oh no, this particular bride-to-be settled for nothing less than a bomb disposal robot. Yup.

Laura’s father, William Wong, was so excited about her choice he decided to document the happenings on Electronic Design. He writes, “Laura works for Qinetiq as a mechanical engineer and designed the robotic arm on the Dragon Runner unmanned ground vehicle (UGV). I have written about it before (see Looking For Innovation? It’s At AUVSI). The 10 pound version flies (when tossed without the arm) rather nicely. It is more likely to be found in the battlefield removing bombs.” There’s no video of the robot at the ceremony online yet but you can see it in its natural habitat at the ED website.

“So Laura had an ‘in’ with Qinetiq that graciously loaned a Dragon Runner for the wedding,” Wong continued. “I just happened to snap the picture of my wife with the Dragon Runner before the ceremony. Luckily the ring box fit nicely into the robot’s claw.” 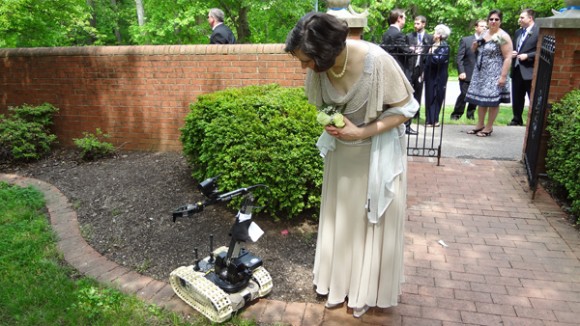 As if all of this wasn’t neat enough, they played Styx’s “Mr. Roboto” as the little creature made his way down the aisle. “One of Laura’s friends from work was wearing the backpack and using the control panel to control the Dragon Runner,” he wrote, noting that the robot had a mini tux on as well. “That included the Dragon Runner’s entry onto the dance floor when the wedding party was introduced. It zipped in and did a ‘Saturday Night Fever’ spin and pump. By the way, did I mention the bagpipers? And the minister’s name: James Kirk.” 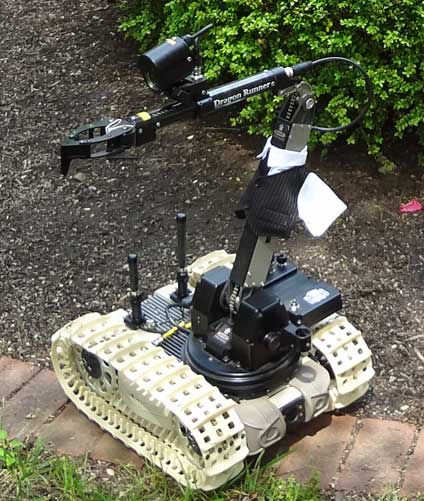