Robert Downey Jr. Is Here for Ironheart in Marvel Movies, so Can We Have That Right Now? 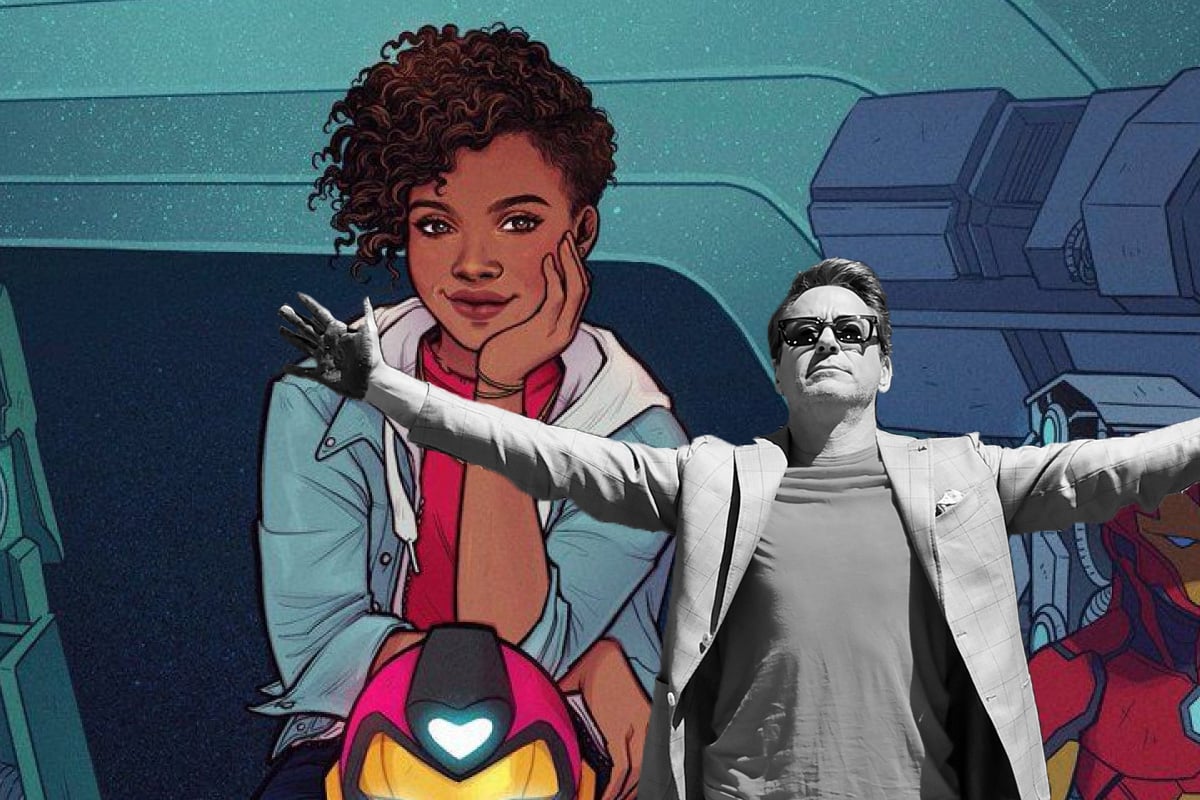 Riri Williams, also known has Ironheart, first appeared in 2015 as a creation of writer Brian Michael Bendis and artist Mike Deodato, but has been subsequently retooled by the brilliant talents of Eve Ewing and Kevin Libranda. Since then, Ironheart has become an important part of the Iron Man legacy: a brilliant young Black woman who built her own suit and decided to take on the world.

So, now that we have lost Tony Stark in the Marvel Cinematic Universe, is it not the perfect time to introduce her? Plus, Robert Downey Jr. supports it, and he isn’t alone. Many of us have been asking for Riri to join the likes of Peter Parker and Sam Wilson, and now that RDJ has spoken up about it, maybe we’ll really get to see her take on the big bads on the big screen. If anyone has pull in the world of Marvel movies, it’s Iron Man himself.

When Ewing introduced Robert Downey Jr. at the Gene Siskel Film Center’s 2019 gala, the Iron Man actor stood up in front of the room and said that he wanted to see Riri Williams in the MCU.

The real story here is that @RobertDowneyJr said publicly in a room full of people that #Ironheart should be in the MCU. I went straight back to the press area afterward and was like YOU ALL HEARD IT, WRITE THAT DOWN https://t.co/WoursjnRdW

Honestly, that makes sense. Riri Williams is an important figure in the world of Marvel comics so her inclusion in the Marvel Cinematic Universe is a long time coming. There has been talk of who would “take over” the Iron Man legacy now that Tony Stark is dead, but there are a few things we should address first.

First, we don’t know for sure that Tony Stark is gone for good, and I’m clinging to that knowledge. With the introduction of the multiverse, any version of Tony can come back into the MCU and help Peter Parker and Morgan Stark as much as he likes. Sure, it’d be a different Tony than the one who saved the world, but I’m pretty sure that if you explained what happened to any version of that character, he’d accept it and take his children out for juice pops.

Second, Iron Man doesn’t need to be replaced in a strictly literal sense. The world needs a hero, not an Iron Man. Without Captain America or Iron Man, people just need a figure to look up to. Riri Williams would not just be the same figure that Tony Stark was. She’d be her own person and her own hero, and that’s better.

Riri Williams is just as smart as, if not smarter than, Tony Stark. She’s lived a full life in her young age and takes being a hero seriously. She isn’t the kind of kid who’s doing it because it’s cool; she knows the importance of what being a hero means. She’s been through so much and is using her intelligence for the betterment of the world, and to see that kind of figure in the MCU is both important and necessary.