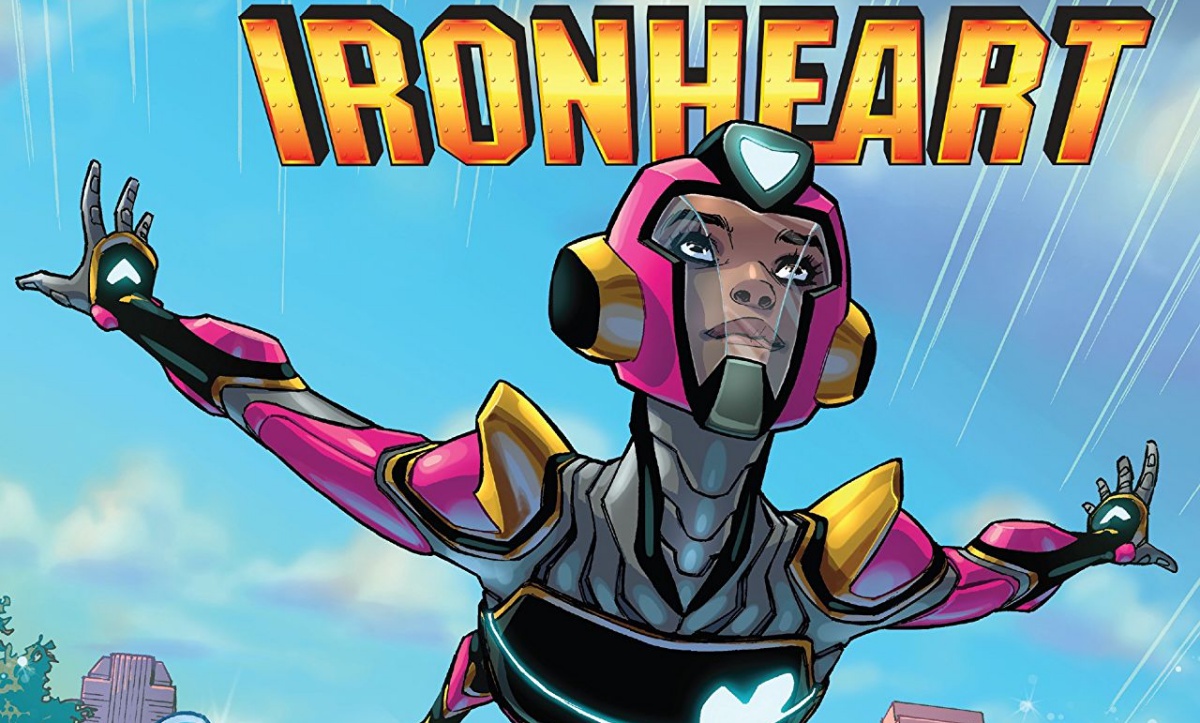 After watching Into the Spider-Verse, I starting watching YouTube videos about Miles Morales and came across one comparing Miles’s fan reaction to Riri Williams’, also know as Ironheart. I’m not ashamed to say that I haven’t been keeping up with DC and Marvel comics overall and have been mostly focusing on smaller comics or more indie stuff, but it’s been hard to miss that Marvel has received backlash for making a push for diversity with characters like Miles Morales, Kamala Khan, America Chavez, and of course, Riri Williams.

So, as someone who loves diversity in comics and wants to support that, I went to my LCS and picked up a copy of Ironheart #1 so I could figure out, for myself, who Riri Williams was. After reading it, if you don’t know who Ironheart is … you know now. 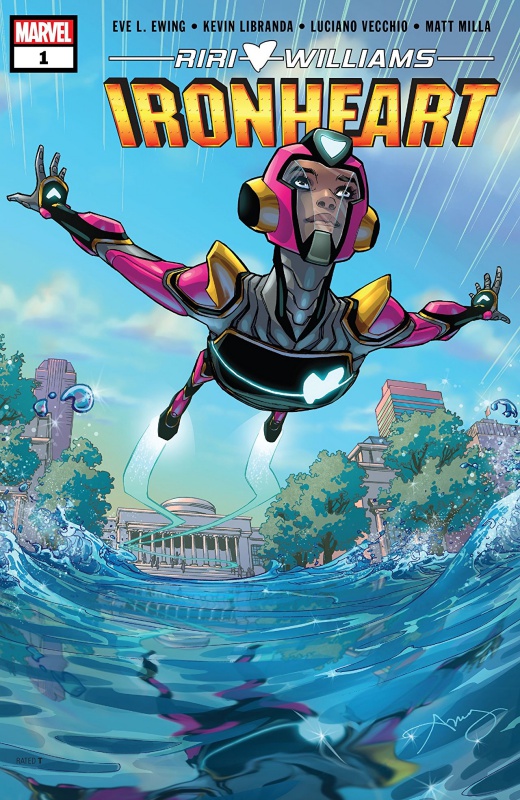 Now, I’m late to the party, since Ironheart came out in late November, but I also know that I didn’t hear a lot about the comic even among my usual black nerd twitter gang, who alerted me to Shuri when her comic was released, so in case anyone was wondering what they might be missing, or doesn’t know anything about Riri, this is for you.

This issue is an introduction to the character for those of us unfamiliar with Riri Williams, but also goes through it quickly enough so that it doesn’t bog down people who are already familiar with the character.

We find out that Riri is from Chicago and has already dealt with a lot of death in her young life. Her father died before she was born, and her stepfather and best friend, Natalie, were both shot and killed. She has some survivor’s guilt about not only living, but now being able to thrive and fly around in her suit when her loved ones cannot.

The mood shifts as Riri lands at MIT (Massachusetts Institute of Technology) and finds her lab has become a tourist attraction for a delegation of world leaders. The panels quickly show that Riri’s space is not her own and that she is expected to be an attraction as part of her being allowed that space. 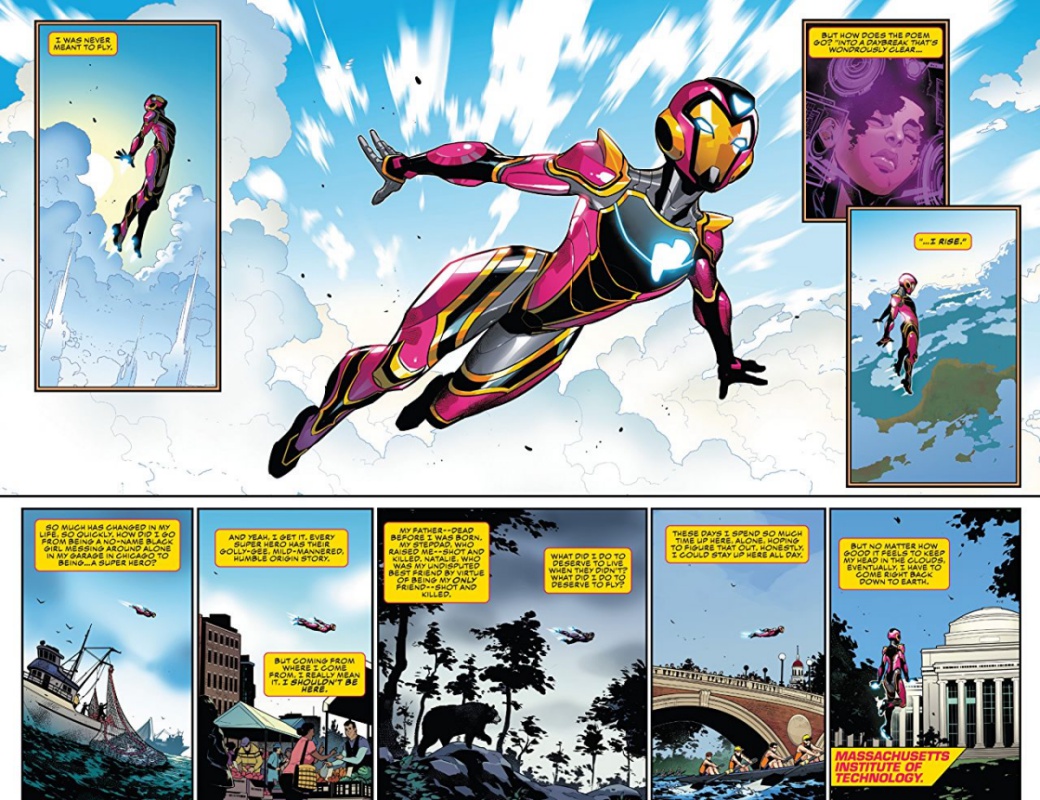 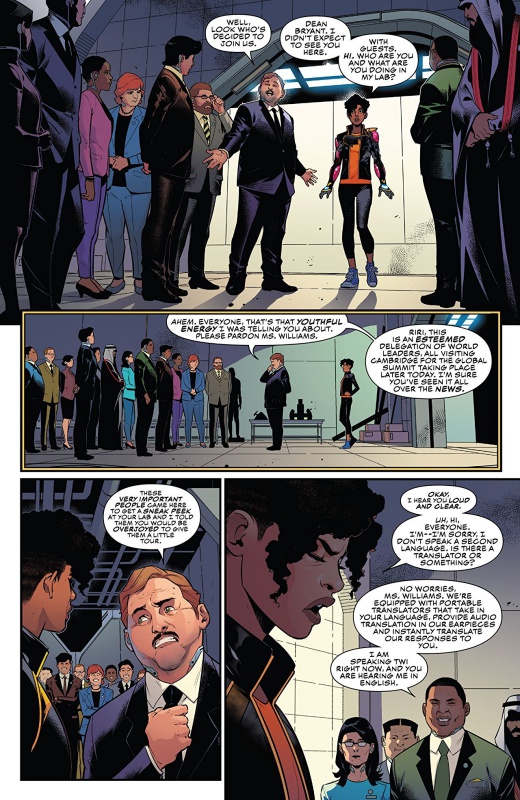 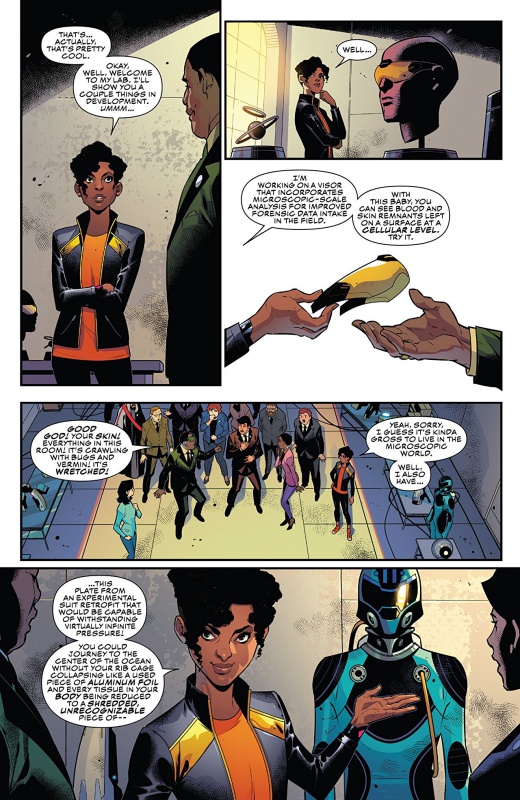 What I instantly love about Riri is how she has this ability to code switch, despite her clear disenchantment at having to operate in this PWI (predominantly white institution). She plays the game because she knows that opportunities like this require this kind of theater. Through Ewing’s writing, we get to really see the psychological weight of what it means to be young, gifted, and black, with all the hyper-visibility that comes with it, but also the separation that can create between yourself and the communities that built you.

That especially comes through in one panel towards the end, where we see Riri thinking about an interaction with the baddie, saying, “We are alike. Because when everyone tells you you’re brilliant … but it seems like no one really sees you … what’s the point?”

This line is telling for Riri as a character in-universe, but also for the conversations that have surrounded Riri since she was introduced and quickly labeled by fans to be a bad character, who was a “Mary Sue” and replacing Iron Man for the sake of diversity, because who needs a black teenage girl Iron Man?

While going through the internet to see what the response to Riri Williams as a character was like, it was as expected, but still heavily disappointing. 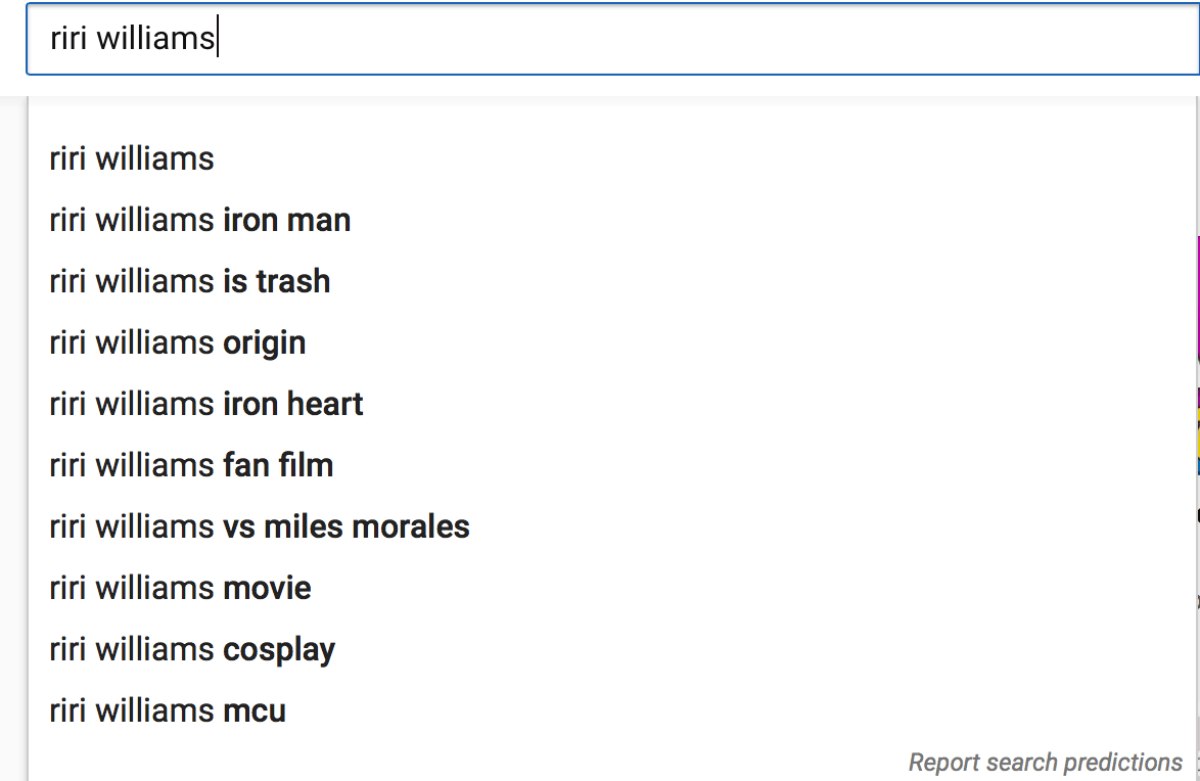 To see that the second thing on the search predictor is “Riri Williams is trash” makes me sad, as does looking at the comments and seeing how dismissive they are towards a character that has only existed for two years. The biggest complaint I noticed in my brief dive into that world was that people saw Riri as a Mary Sue SJW insert because she was too smart, too easily included into the team, and had no personality.

First, I think we need to throw away the “unrealistically smart” complaint about (female) comic book characters. Going to MIT as a teenager is something that happens in real life, and in the MCU, where almost every adult character is some kind of special genius. That’s a real cop-out for people to place on a character like Riri.

Secondly, the idea that she’s too easily accepted into the Avengers when she has Tony’s blessing seems like a true strawman. If her purpose is to be one of the new members, why take a long arc to get there? Also, I feel like Peter Parker and other characters opened up the floodgates of making the Avengers more accepting of including people who are clearly gifted. Also Riri is not replacing Iron Man or Tony Stark, so that whole issue is debunked.

The last issue, that of Riri having no personality, is something I can’t fully comment on, since I haven’t read all of Brian Michael Bendis’ writing of the character. I do know that Bendis has a desire to create more diverse characters in comics because of his own children, trying to give them role models that they can look up to.

Just looking at the response people have had to Miles in Into the Spider-Verse, I think that’s a really good inclination. However, it doesn’t mean he often knows how to write these characters to their full potential and include all the nuanced things that come with the identities he’s trying to portray. Bendis has laid down a solid foundation in creating the character, and I think Marvel made the right move in having a black female writer take over and add those layers of cultural complexity.

If you have felt iffy about Riri in the past but are open to her place in the Marvel universe, then I would say you should absolutely check out Ironheart #1. You get to see Riri as a full character, not just an extension of Tony Stark and the Iron Man legacy.