Rob Brown Joins The Dark Knight Rises, Brings With Him No Details 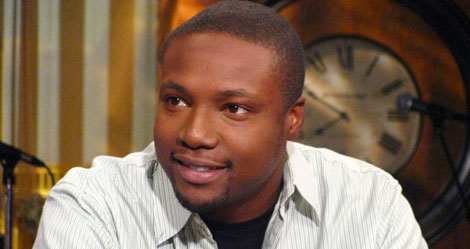 Late breaking casting news from The Dark Knight Rises: Rob Brown, the young actor from Finding Forrester and Coach Carter, has been cast in Christopher Nolan‘s non-alliterative Batman movie. And … that’s about all we can tell you about it. We can give you a little bit on his background though! That way all of you fine readers can help us speculate as to which character Brown could be playing! And no, we’re not trying to get out of writing a post.

One thing we can tell you about Rob Brown is that he plays a lot of athletes. In Coach Carter, he was a basketball player. In The Express, he played Ernie Davis, the first African-American football player to win the Heisman Trophy. He also played football in high school. But he is also someone that catches people’s attention. When he sought a background part in Finding Forrester, he was instead cast as the lead opposite none other than Sir Sean Connery. And, in a curveball, he will be shooting the werewolf thriller Silver come 2012.

That’s not all the badass acting he’s done, either: He also stars in the HBO series Treme as Delmond Lambreaux, a jazz musician who doesn’t want to return to post-Katrina New Orleans.

So, now we know even less about what role Rob Brown could have in The Dark Knight Rises because he does not have a type. Damn you, Rob Brown and your creative versatility! How are we supposed to speculate on your character if you don’t play the same guy all the time, like Jack Nicholson?