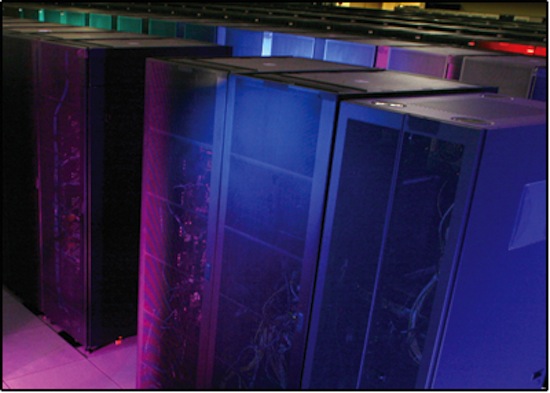 This weekend brought us a reminder of the one golden rule of computing: No matter how advanced a computer is when you buy it, it will be laughably obsolete in the space of just a few years. The rule holds whether we’re talking about your desktop machine or a highly advanced government supercomputer like the Roadrunner. Completed in 2006, Roadrunner became the first device to break the petaflop barrier, doing over one quadrillion mathematical equations in the space of a second in 2008. That was then, though — now, Roadrunner’s home at Los Alamos National Laboratory (LANL) have replaced the storied supercomputer with a more nimble, energy efficient machine, meaning that after just 7 years of service, Roadrunner has been put out to pasture.

The record-breaking monster machine, which is still ranks among the 25 most powerful supercomputers on the planet, simply took too much juice to operate, resulting in it’s ouster by a more energy efficient machine.Roadrunner has now been shoved aside by the supercomputer Cielo, which was installed at LANL in 2010 and cost less than half of Roadrunner’s price tag to build. Cielo also takes up less room than the enormous Roadrunner — which consisted of 278 computing racks, each about the size of a refrigerator. Those racks were connected by more than 55 miles of fiberoptic cable, all of which is a recipe for missing out on that all-important Energy Star sticker.

Researchers plan to spend the next month taking apart Roadrunner, which sounds like a pretty optimistic timetable for dismantling nearly 300 refrigerator sized racks of processors. As they do so, they’ll also be taking a look at the machine to try and find out where it’s most power-sucking inefficiencies lie in the hopes that they can use that knowledge to make improvements to the next generation of supercomputers.