Loch Ness Monster May Be Gone Forever, Thanks To Witches And Technology 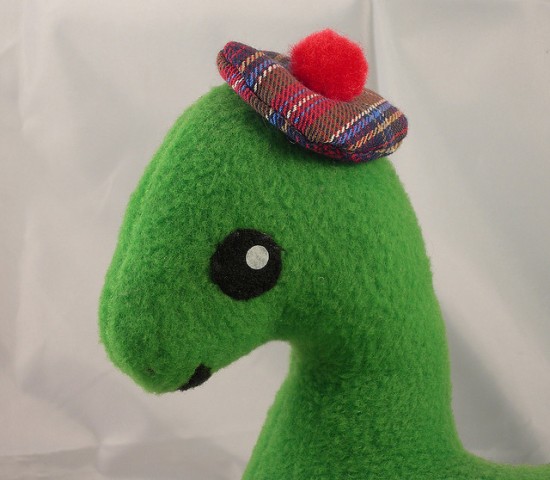 Break out your bagpipes and funeral kilt: a recent article in the BBC says that after 18 months with no confirmed sightings, Nessie may have moved on to the great Loch in the sky. If she was ever alive to begin with, that is.

Gary Campbell, the Scotsman charged with keeping a record of all Nessie sightings, told the BBC: “it’s very upsetting news and we don’t know where she’s gone. The number of sightings has been reducing since the turn of the century but this is the first time in almost 90 years that Nessie wasn’t seen at all.”

Campbell’s list of over 1000 confirmed sightings dates from 565 AD but stops at 2012, leaving him to wonder if something may have happened to the legendary lady. Says Campbell, who claims to have seen Nessie himself 17 years ago,  “Unfortunately, the only way of proving it is to have a body, and no one wants a monster washed up on the beach.”

Although there were three reported sightings of Nessie in 2013, Campbell didn’t list them as confirmed because the pictures taken were found to be of, respectively, a wave, a duck, and an entirely different Loch.

Interestingly, Campbell admits that the same technology he used to debunk each of 2013’s sightings might also account for the decline in overall Nessie reports since the turn of the century. Says the monster enthusiast, “pretty much everyone now carries a camera with them in their smart phone – this allows then to snap what they’re seeing and means that we don’t just have to rely on eyewitness evidence.”

So the frequency of Nessie sightings hasn’t necessarily decreased — enthusiasts like Campbell have just gotten better at discerning obvious mistakes and hoaxes.

In the past, Bookmaker William Hill has offered a monetary reward to anyone who can find proof of Nessie’s existence. As worries about the monster’s health grow, Hill has upped the ante. Says a rep: “We’ve now more than doubled the odds of finding proof that Nessie exists to 250-1 and we’ve done a ‘monster rollover’ on the prize meaning that this year’s winner could be taking away £2000.”

Unfortunately, there’s no way Nessie could have just swam somewhere warmer to enjoy the past few years. Livescience skeptic Benjamin Radford writes that since there are no waterways leading in or out of the twenty-mile long loch, “the Nessie creatures are presumably locked in the lake.”

Thankfully, Britain’s High Priest of White Witches Kevin Carlyon has the real dirt on what happened to the old girl. “I personally believe Nessie is a ghost of a dinosaur, who has been regularly seen on the loch. But the spirit of the creature has been so exploited in recent years I decided to carry out an exorcism, hence no sightings of the monster.”

Carlyon promises he will lift the spell in the summer. So when Nessie comes back, let’s all just be cool for Kevin the witch’s sake, okay? But if you can snap some sort of blurry, low-res pic on your iPhone real quick, that would be awesome.

(Via Newser, images via Katy Kristin)