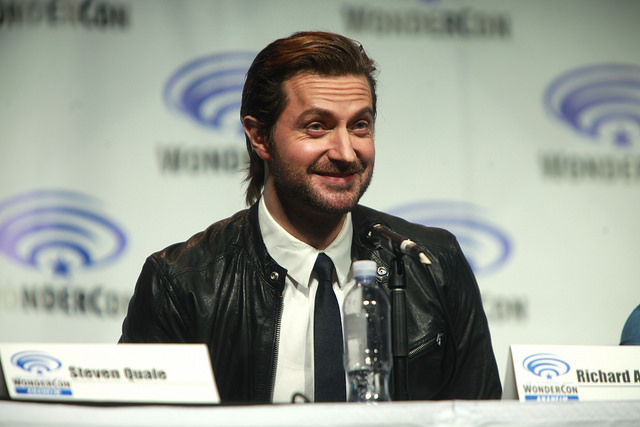 The Hannibal gods are good, Fannibals, because Richard Armitage has landed a role in the show’s new season. Spoilers for possible season three plot points below!

The Hobbit’s star will appear in six episodes (starting with the eighth) as Francis Dolarhyde, also known as “The Tooth Fairy.” Dolarhyde is the main baddie from Thomas Harris’s Red Dragon, the prequel to Silence of the Lambs, and he’s a creepy stalker who murders entire families during sequential full moons. Apparently, Dolarhyde has “violent, sexual urges,” and every time he kills, he believes he comes closer to becoming the manifestation of this William Blake painting because of abuse he suffered as a child.

Prediction: fans are still totally going to love him.

Dolarhyde has previously been mentioned in a first season episode of Hannibal, “Aperitif,” where Will is examining one of the Tooth Fairy’s early kills. Hannibal returns to NBC sometime soon  in 2015!

(via TVLine, image via Gage Skidmore)