We Need the Trailer for Rian Johnson’s Knives Out, Now! 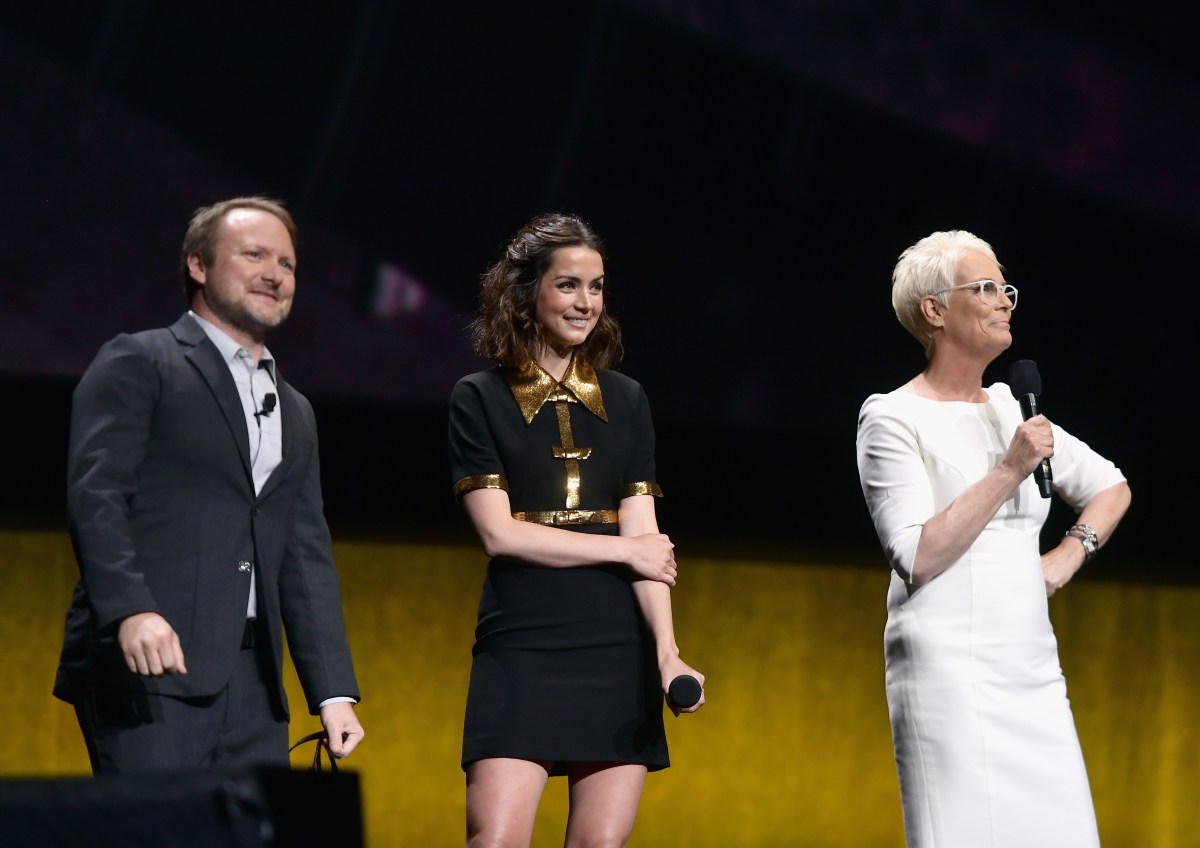 He may have given us Star Wars: The Last Jedi, ut Rian Johnson doesn’t seem to be stopping anytime soon! At CinemaCon, the Star Wars director debuted footage of his new film, one that he has dedicated the last ten years to working on and bringing to life! Also, is anyone else reminded of Noises Off with the poster? Just me?

Johnson is continually giving us content we enjoy, and now, with Knives Out, he’s fueling all our fan casting dreams. Lucky CinemaCon viewers were treated with a look at a film that brings together a wild cast of favorites and is an ode to Agatha Christie. So, basically a wonderfully fun time!

Knives Out has a pretty cool retro logo but it has extra meaning with Jamie Lee Curtis’ name beneath it 🔪 pic.twitter.com/8X2sBwk3sL

Rian Johnson describes Knives Out as a love letter to Agatha Christie.

Starring Daniel Craig, Lakeith Stanfield, Chris Evans, Don Johnson, and more, this movie seems like a wildly fun departure for everyone involved, and honestly, any movie that gives me more Don Johnson content is a movie I’m going to invest my time and energy into.

Just got first look at @rianjohnson‘s #KnivesOut – Daniel Craig, Lakeith Stanfield are investigating a murder at the home of a v dysfunctional family – @ChrisEvans plays @jamieleecurtis and Don Johnson’s son and tells everyone to “eat shit.” I like this new Cap. #CinemaCon

“As a matter of fact, eat shit… Eat shit, eat shit….DEFINITELY eat shit.” – Chris Evans definitely says this in #KnivesOut which looks like a ton of devilish fun. #CinemaCon

Rian Johnson made one of the best Star Wars films, in my opinion, and also gave me a beautiful music video to an LCD Soundsystem song, and I personally cannot wait!

So, when are we getting that trailer? I need to see Chris Evans saying, “Eat shit,” multiple times … you know, for science.