The last remnants of the old haters have been swept away. 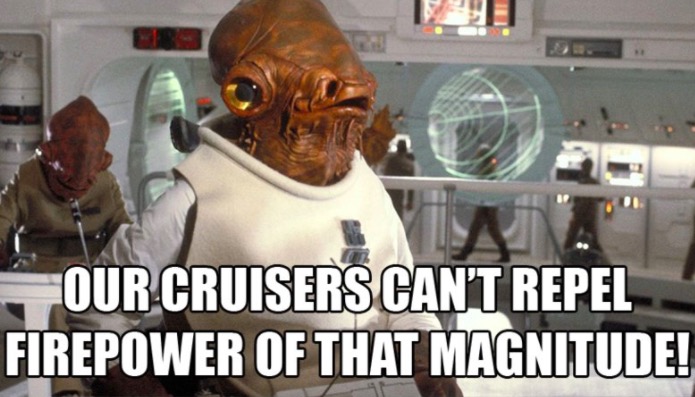 **Spoilers for The Last Jedi ahead.**

Luke had his shoulder brush, and now Rian Johnson has his microphone drop.

The director has faced a lot of criticism over The Last Jedi, some of it reasonable and warranted, and some of it patently ridiculous and vitriolic. Those who would question his love of, or commitment to, Star Wars would do better to back off, though, as he has proven to be more powerful than they could possibly imagine.

Today, he took the time to address complaints about Luke’s climactic Force trick at the end of the movie, laying things out an elegant pictorial for a more civilized age:

The book Johnson just metaphorically threw at his critics is The Jedi Path, which not only well predates his involvement with the franchise, but also predates Disney’s buyout of Lucasfilm and acquisition of Star Wars along with it. Luke’s ability to project himself doesn’t need to be defended by Johnson. It was in … the sacred Jedi texts! (So to speak.) There’s really no more solid way Johnson could make his case.

But that mastery didn’t dissuade anyone from trying to turn things around on him with other complaints, and he patiently explained, once again, that he imagined Leia pulling herself around with the Force probably wouldn’t be a difficult trick while floating in space. When that didn’t work:

Cause she’s a badass muthafucka.

Damn. If the movie were available in a form that could facilitate it, here is where I would insert an image of the hyperspace ramming aftermath.

That alone should be enough to settle it (and did, for that particular fan), but Johnson has also previously stated that he imagined Leia’s use of the Force being specifically driven by that extreme circumstance:

“That was the bigger thing for me is that it’s the equivalent of like when you hear stories about parents who have a toddler trapped under a car and they lift the car up they get Hulk strength. It’s that idea “this is not going to end today. I’m not finished yet” and that she it’s almost like just a drowning person is clawing their way to the surface the way she pulls her way back.”

So … anyone else want to try him?

THERE
IS
A
GIF pic.twitter.com/ahf4UbiljM

If you make a purchase from our links, The Mary Sue may earn an affiliate commission.