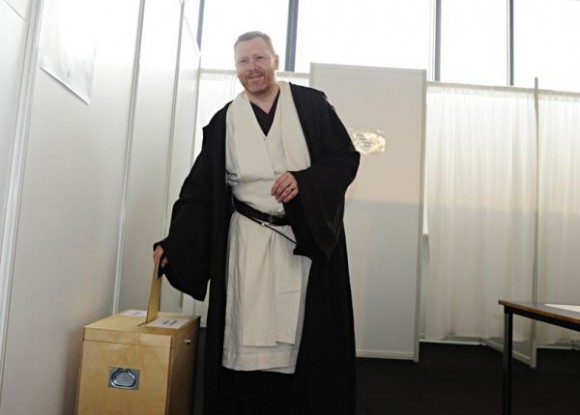 It’s not so surprising when you consider that the mayor in question is comedian Jón Gnarr, who ran for election as a joke back in 2010 and was quite surprised when he actually got elected. Part of his platform as the head of the made-up Best Party was that he refused to talk to other candidates unless they’d watched all five seasons of The Wire. There’s a documentary, if you’re so inclined. Or you can just look at this picture of him voting while dressed as a Jedi.