Review: Rose #1 Holds a Beautiful, But Deadly Story as Its Name Implies 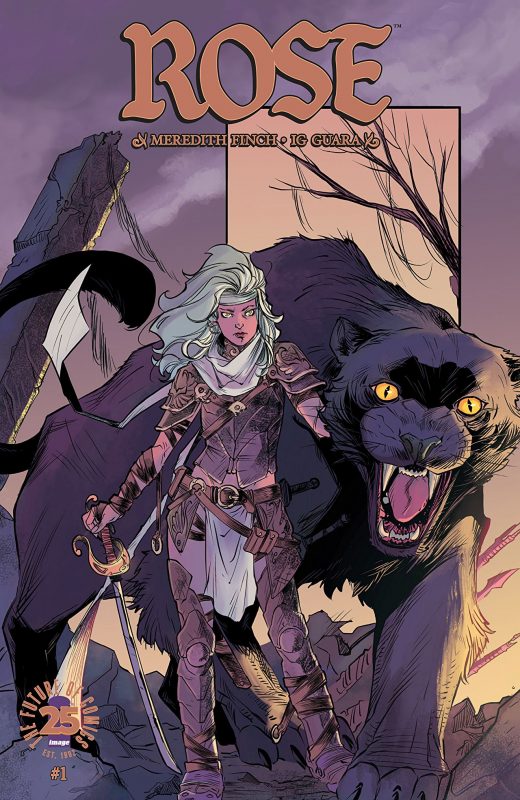 Editor’s Note: This review contains images that may potentially be considered semi-NSFW. You’ve been warned.

Machiavelli advises in The Prince that, if injury must be done, it ought to be of a kind that precludes revenge. In other words, you must thoroughly crush your enemies, so they cannot rise up and retaliate against you. This certainly seems to be the status quo in the Machiavellian world of Rose, where only the strongest survive.

Rose, a new Image Comics title by writer Meredith Finch and artist Ig Guara, is the story of a once peaceful and beautiful place that was protected by magical creatures called Khatz and their virtuous human guardians until a malevolent force ravaged the land. Anyone who may have guardian magic is rooted out and destroyed. The people are suffering under the ruthless and oppressive rule of the sorceress Druscilla. 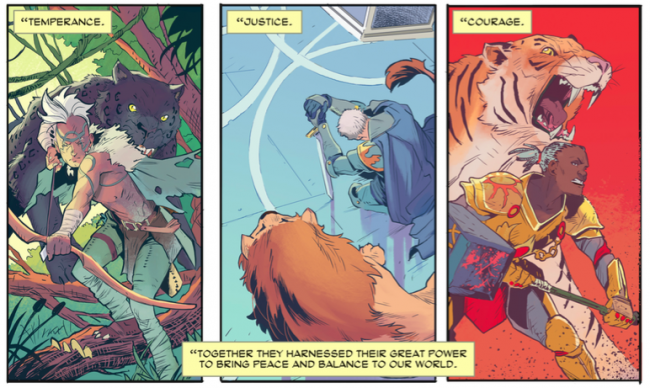 Despite the attempts of Rose’s mother to hide her magic, Rose experiments with her abilities in small ways. Detecting this vestige of magic, Druscilla sends her men to destroy Rose’s village. Grief-stricken, alone, and possessing the special attributes needed to potentially fight the powers that be, Rose is poised to fight back against the status quo. It’s a fairly typical starting point for a hero story, setting Rose on a path that most readers will recognize. 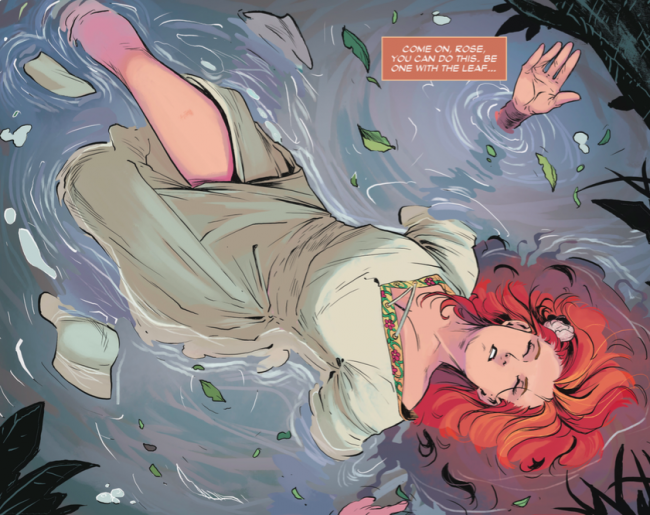 The eponymous Rose is obviously the protagonist of this book, but she’s far from its most interesting character. Rose’s motivation is straightforward, but Druscilla’s? What does she have against the Khatz? Why is she such a cruel, merciless ruler? This debut issue leaves very little mystery about Rose, but Druscilla’s story is tantalizingly vague.

A somewhat shocking twist toward the end of the issue hints at Druscilla’s motives. Someone did her wrong, but that someone obviously didn’t take Machiavelli’s advice. Druscilla managed to rise up, and it seems that her subjugation of the Khatz and of the magic in this land is part of her revenge. 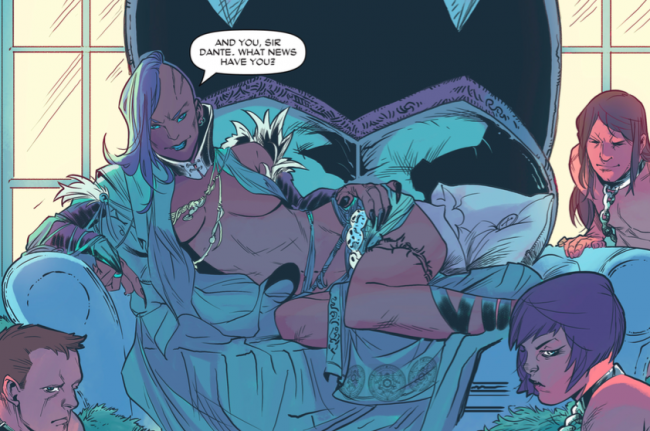 Druscilla does not use her sexuality as a weapon. She may lounge around nearly naked, but her power is clearly not dependent on her desirability. In fact, she makes no efforts to beguile. On the contrary, she is quite terrifying. And she is certainly not under the purview of any more powerful character. Druscilla herself is thus far the most powerful character in the book.

While Druscilla’s motivation is unclear, her villain monologue suggests that she has in her past been somehow commodified and exploited by people she trusted. As a magic user in a story where magic appears to be a crucial thread in the fabric of the world, it isn’t difficult to begin to understand where her animosity toward the Khatz may come from, misplaced and corrupted though it may be. Could this somehow be Druscilla’s perverse idea of justice?

In excavating Druscilla’s motivation, we can see how she is the perfect antagonist for Rose. The two of them get to the heart of the difference between justice and revenge. The former is an ultimately selfless act. The hero may have a personal stake in things, but their actions benefit the many. While we may understand why a character might feel bent toward revenge, ultimately it is a selfish, and in some cases destructive, act. I may love reading about villains and be more interested in Druscilla’s story, but I hope that Rose prevails here, in the end.

Tia Vasiliou is a digital editor at comiXology, and co-host of the weekly ComiXologist podcast. She believes that, like pizza, revenge is a dish best served cold and topped with pineapple. You can find her on Twitter @PortraitofMmeX.