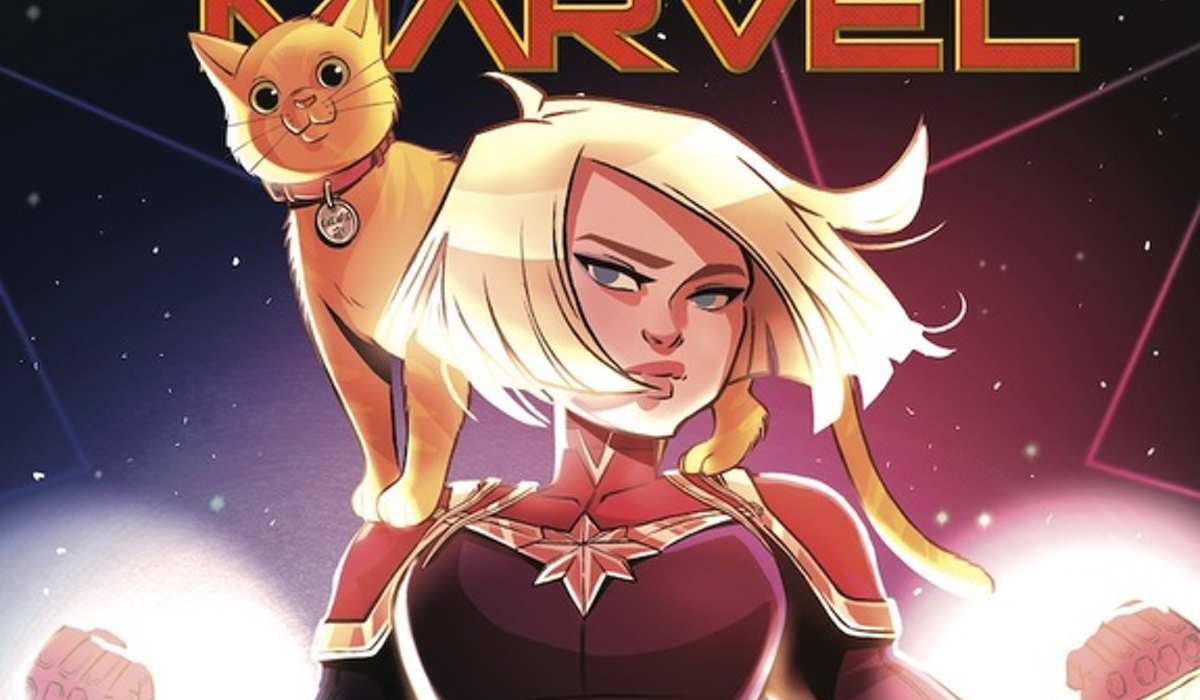 Carol Danvers faces an interesting invasion in the first issue of Marvel Action: Captain Marvel, from IDW Publishing. Written by (former Mary Sue staffer) Sam Maggs, with art by Sweeney Boo, colors by Brittany Peer, and lettering by Christa Miesner, the first issue centers on Carol dealing with a surprise event that requires the attention of an Avenger, interrupting a girls’ night with close friend Jessica Drew, a.k.a. Spider-Woman. With beautiful art and a fun storyline centered on a fan-favorite alien, the comic is sure to warm hearts and get a whole generation of kids into Captain Marvel comics.

Maggs, a former Mary Sue writer who’s written such fantastic books as The Fangirl’s Guide to the Galaxy, brings this delightfully fun adventure to life. Carol is breezy, snarky, and totally confident—every inch the Carol we love. Her inner monologue is perfect, and Maggs shows a real gift for capturing the character. The best part of the issue is definitely her friendship with Jessica, though. I haven’t caught up on recent Marvel runs, but this makes me want to pick up all the Jess Drew and Carol Danvers-related comics out there.

For Flerken fans, Chewie is there, too, and yes, he’s adorable. We love Chewie, and his MCU counterpart Goose. Long live the Flerken!

Boo’s art is absolutely delightful. It captures Carol’s charm in a fun way, and the splash pages are absolutely gorgeous. Carol’s costume looks fabulous, and I’m loving her new haircut. Also, the way that she illustrates Carol’s self-described “alien-science-magic” transformation (which has shades of magical girl transformations) is absolutely lovely. The art is gorgeous, as are the colors; it will be appealing to readers of all ages, which is perfect for the comic itself.

Plenty of younger audiences who might not have read the comics yet were introduced to Carol in Captain Marvel and Avengers: Endgame. This would be a perfect issue to get younger readers into Captain Marvel-centric comics. There’s a handy guide at the beginning giving context for who Carol is, who Jessica is, and a reminder that our pal Chewie is a Flerken, which is perfect for readers who need to brush up on their knowledge. The fact that it’s the first issue is a great way to get kids reading the comics too, so they don’t have to go digging through back issues. It’s a story that works as an exciting adventure for younger readers but is equally interesting for older ones, as well.

I don’t want to give too much away about the comics. Instead, I’ll advise you to pick up a copy, or buy one for the little Carol fan in your life. Stories like Marvel Action: Captain Marvel are great entryways into the world of comics through a fan-favorite character. It’s worth checking out, and I look forward to see how the story proceeds from here. Higher, further, faster, baby.