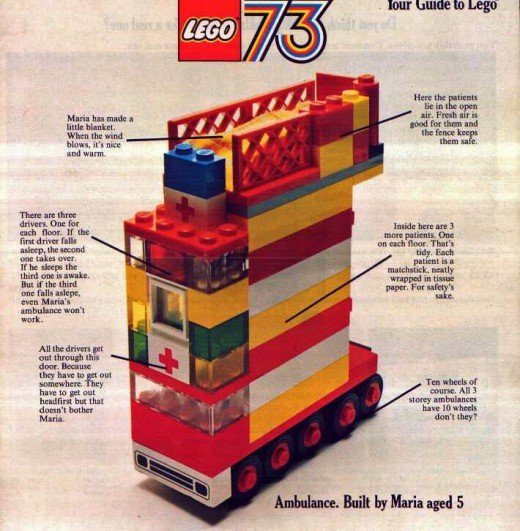 Can you believe there were days before the mini-figure? In the seventies, kids used matchsticks to represent Lego people! Uphill! In the snow! But it was just as fun.

The story of Maria’s ambulance continues behind the jump. 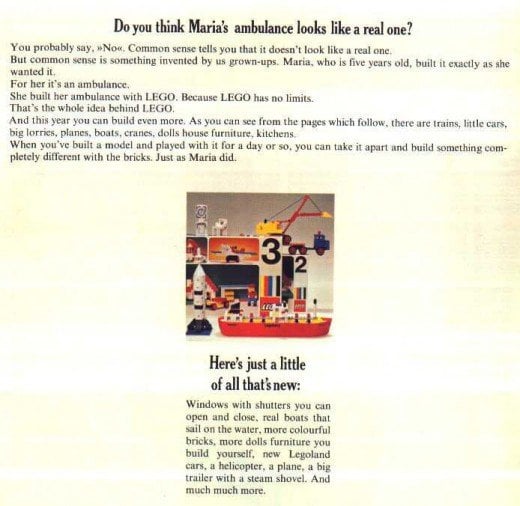 Ahh, back in the days when Lego fully embraced its gender neutral status.  See more from the catalogue at Retronaut.