Report: Researcher Exposed to Deadly Bacteria in Lab, Killed by Disease He Was Trying to Cure 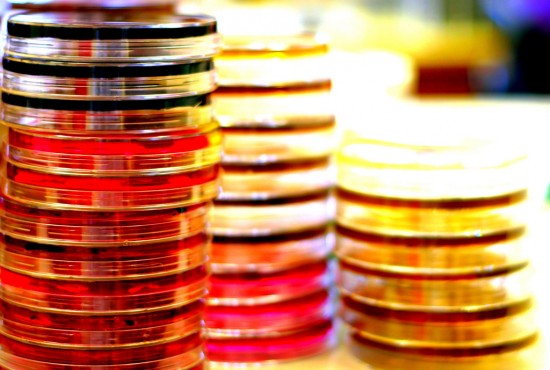 San Francisco researcher Richard Din died this past Saturday of a meningococcal infection — the bacteria which causes meningitis. However, Din was not just a random individual struck down by a deadly disease; he was a researcher working with the very bacteria which killed him.

According to the U.K. Guardian, Centers for Disease Control and Prevention are investigating the incident but the general consensus at the moment is that Din was somehow accidentally exposed to Neisseria meningitidis bacteria while working in the lab. The CDC is stressing the rarity of such an occurrence, and is planning a biopsy to confirm whether the strain of bacteria which killed Din is the same as the one he was working with.

The infection killed Din less than a day after showing signs of being ill; the cause of death was multiple organ failure and septic shock from the meningococcal infection. As a precaution, friends, relatives, coworkers, and the doctors that treated Din have been put on a regimen of antibiotics.

The tragedy of Din’s death is underlined by the fact that he and his colleagues were working on a vaccine for meningococcal serogroup B — the infection that killed Din. Speaking to the Guardian, the chief of infectious disease at the San Francisco VA Harry Lampiris said Din’s coworkers described him as:

“…a very talented, hard-working and fastidious individual. […] He was a very bright person who was probably at the beginning of a long research career[.]”

(The Guardian via Gizmodo, image via dee gee)