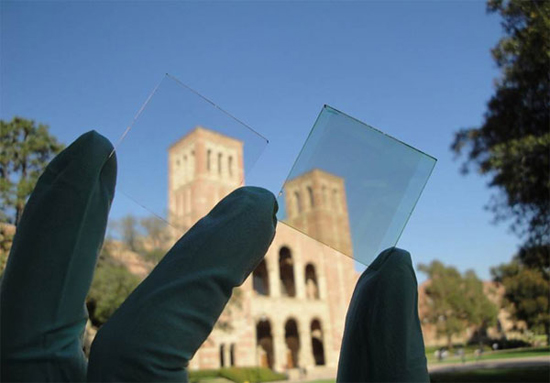 A window that generates electricity simply through its very existence has long been the dream of many working on photovoltaic research. Now, thanks to researchers at University of California, Los Angeles, we are one step closer. Using a new polymer solar cell prototype, they’ve been able to craft a cell that converts infrared light into electrical energy with a conversion efficiency of four percent at 66 percent transparency. In other words, you can see through it and it still generates current.

This is still a long way off from the development of something like a true solar window but the proof that it can most certainly be done with decent efficiency is now there. This kind of research benefits just about anything that currently requires electrical current but has glass or similar transparent material incorporated. Smartphones, vehicles of all kinds, and many other gadgets. It’s an interesting step toward solving our need for consistent and renewable energy.

Imagine for a moment if Google Glass or some device developed from it utilized this kind of technology? You’d have a self-charging heads-up display. Or if window tint when it came out of the factory was actually laced with these cells. Beyond that, what if we turned skyscrapers into giant solar farms? We aren’t there just yet but we’re definitely closer. And that’s astonishing in and of itself.