One Week Later, Republicans’ Silence on Allegations of Forced Sterilizations by ICE Is Telling 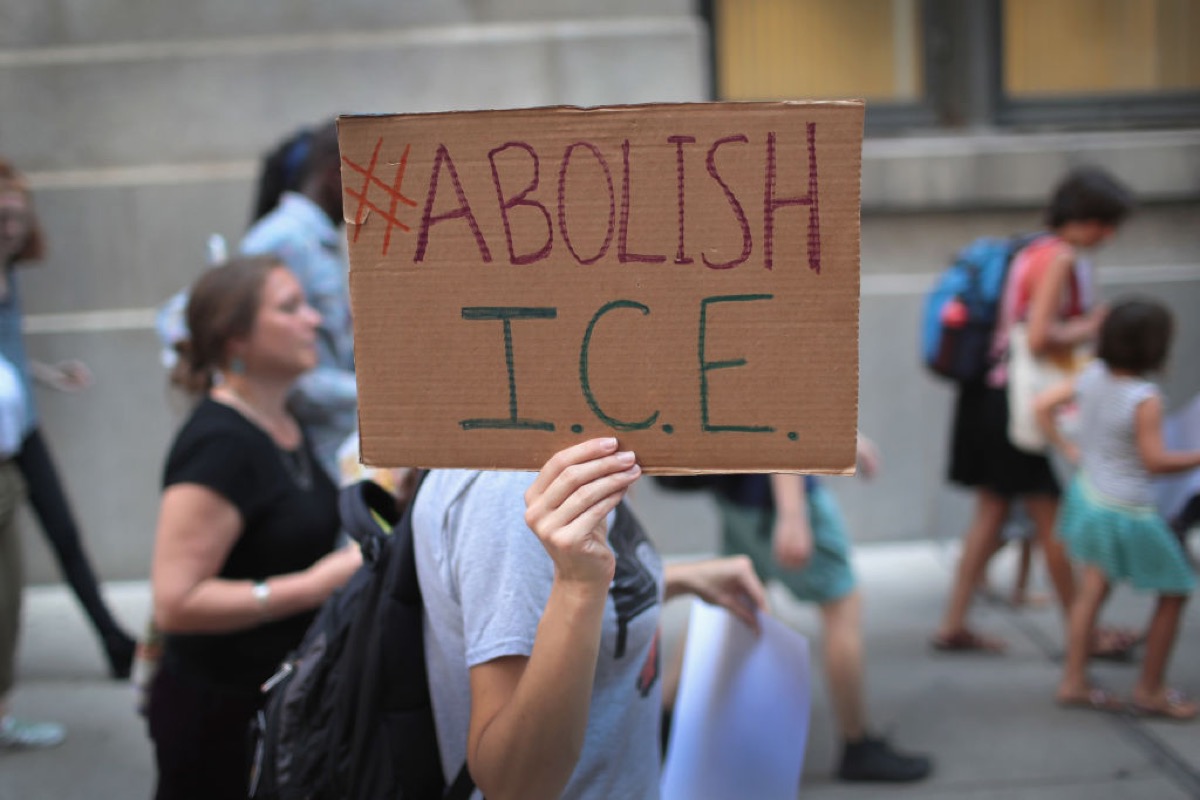 Last week, in news that somehow already feels like eons ago, a whistleblower alleged that ICE was carrying out forced sterilizations of immigrant women at detention facilities. Since then, reproductive rights advocates and Democratic Party leadership have responded forcefully to the allegations, demanding investigations and accountability, but the silence among Republican politicians has been awfully conspicuous—especially as anti-choice leaders hunker down for a nightmarish effort to fill the Supreme Court vacancy left by Justice Ruth Bader Ginsburg’s passing, with a nominee who’s certain to be an anti-choice extremist.

It would be easy to call this silence hypocrisy—Republicans and the anti-choice movement are nothing if not vocal about protecting the sanctity of parenting and family values—but if anything, their gross complicity in this case is entirely in line with their core values. Anti-abortion politics has never just been about forced birth and denying abortion access, but rather, about white supremacy, and denying the rights of nonwhite, non-wealthy women to parent or not parent on their own terms.

Throughout history, white supremacists and eugenics movements have always focused on immigrant women, women of color, and Black, Brown, and Indigenous women in particular, who were regarded as unworthy and even subhuman. For decades in the 20th century, the majority of states legally permitted forced sterilizations of disproportionately women of color, poor people, immigrants, and people with disabilities, and even enjoyed federal funding for such programs. ICE can dispute these allegations (and has), but they’re hardly outside the realm of possibility.

And today, as Republican politicians scramble to force the confirmation of a new Supreme Court Justice to carry out Donald Trump’s anti-abortion, anti-immigrant agenda, this maneuvering is inextricably connected to the acts of reproductive coercion at detention centers. Legal attacks on reproductive rights and access to reproductive health care will always fall hardest on people of color, who are more likely to be uninsured and more likely to lack the money and resources to afford reproductive care and other associated costs.

The failure of the state to provide these basic and essential resources to marginalized people during a pandemic—and, frankly, since long before the pandemic—isn’t by mistake, but by design. The goal is to leave immigrants and people of color behind, to subject them to inhumane neglect and cruelty and deny them full humanity.

Since 2018, when the Trump administration formally adopted a policy of migrant family separation to “disincentivize” migrants from Latin America, “Abolish ICE” has become a rallying cry among progressive factions of the Democratic Party. In contrast, the “pro-life” Republican Party has remained as supportive of ICE and racist border policing policies as ever, without a word of reproach so far, even a week since the report.

Of course, the reality is that neither party has sufficiently taken action against ICE or offered anywhere near enough protection and support to immigrant women and families. The violent oppression of immigrants, and historically, eugenics movements, have always been nonpartisan, either rooted in seemingly benevolent notions of “population control”—which is inherently racist—or overt racism, and blatantly white supremacist notions of who deserves to reproduce and who doesn’t.

Ultimately, ICE will always be embraced by Republicans’ conception of family values and the sanctity of life—that is, white family values, and white lives. Such a stance may seem hypocritical, but it isn’t—this is perfectly in line with their ultimate goal of creating a society that denies immigrants and people of color control over their bodies and lives.