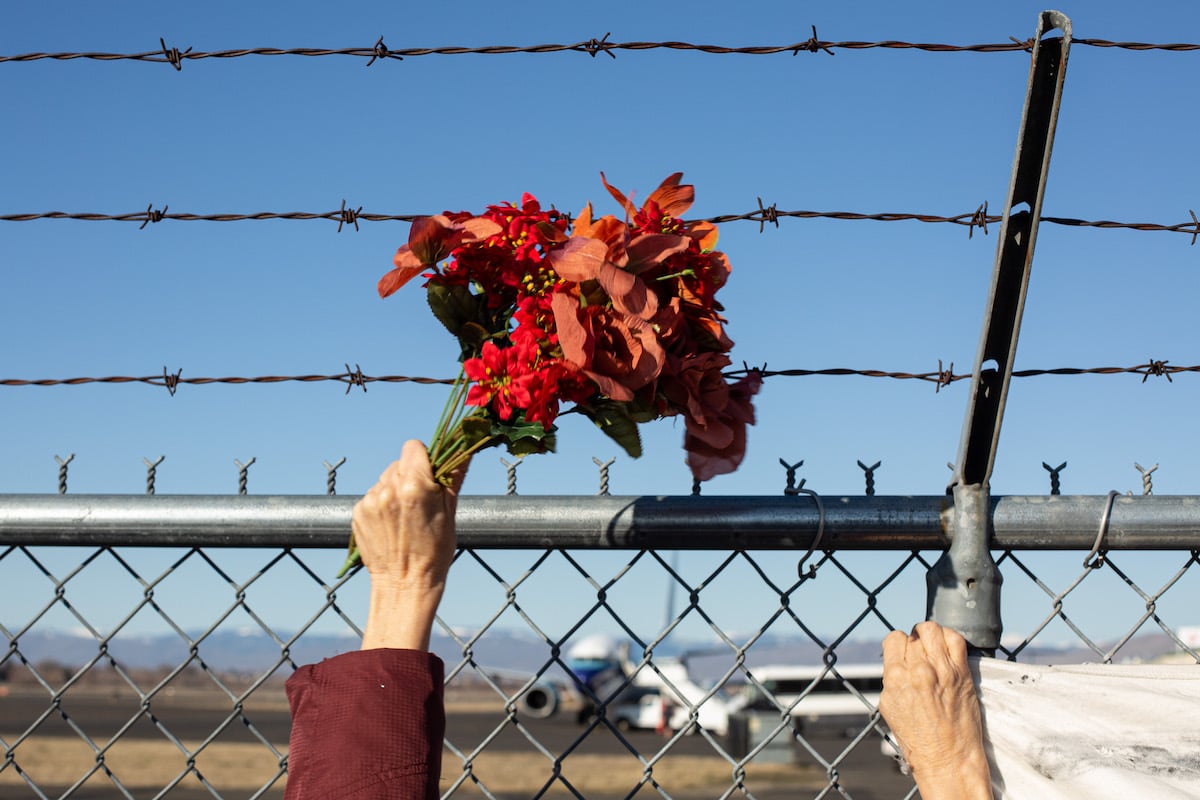 There have been so many atrocities been reported out of the ICE detention centers holding immigrants and refugees. Now a nurse from the Irwin County Detention Center in Georgia has come forward with a complaint against the facility, accusing them of, among other medical abuses, forcing mass hysterectomies on detainees.

The whistleblower is Dawn Wooten, who says she was retaliated against for speaking up about the center’s mismanagement of the coronavirus crisis. In July, the CEO of LaSalle Corrections, which runs Irwin and 17 other detention centers, claimed in a letter to Congress that no one at any LaSalle facility had “succumbed” to COVID-19, when in reality, as The Intercept writes, “at least two LaSalle guards and one member of medical staff have died of the disease.” 31 detainees at Irwin alone have tested positive for the virus, while Wooten suspects that by the time of that letter, at least 50 people had been infected.

A complaint submitted by the legal advocacy group Project South on Wooten’s behalf details many more grievances beyond the response to COVID-19, although on its own that is incredibly troubling. But the accusations of “high rates of hysterectomies” being performed on immigrant women and the circumstances around those procedures are an entirely different level of horror.

According to Wooten and numerous other sources included in the complaint, women were not told why they were receiving the procedure, which removes all or part of the uterus, or they were given reasons that didn’t make any sense. One woman was reportedly told the surgery would help with her heavy period, though she says that had never been an issue in the first place.

Another woman was told she was getting an ovarian cyst drained. But according to the complaint, “The officer who was transporting her to the hospital told her that she was receiving a hysterectomy to have her womb removed. When the hospital refused to operate on her because her COVID-19 test came back positive for antibodies, she was transferred back to ICDC where the ICDC nurse said that the procedure she was going to have done entailed dilating her vagina and scraping tissue off.”

Yet another woman was told she had to have her left ovary removed because of a cyst. According to Wooten, the doctor accidentally removed her right ovary instead. “She was upset,” Wooten says in the complaint. “She had to go back to take out the left and she wound up with a total hysterectomy. She still wanted children—so she has to go back home now and tell her husband that she can’t bear kids… she said she was not all the way out under anesthesia and heard [the doctor] tell the nurse that he took the wrong ovary.”

Wooten says that many of the nurses tried to communicate with the women by “Googling Spanish” or by asking another detainee to translate, rather than the official language services they’re supposed to use.

Wooten also says that all of these (often presumably unnecessary) surgeries were done by the same doctor.

“When I met all these women who had had surgeries, I thought this was like an experimental concentration camp. It was like they’re experimenting with our bodies,” the detainee said.

According to Wooten, ICDC consistently used a particular gynecologist – outside the facility – who almost always opted to remove all or part of the uterus of his female detainee patients.

“Everybody he sees has a hysterectomy—just about everybody,” Wooten said, adding that, “everybody’s uterus cannot be that bad.”

“We’ve questioned among ourselves like goodness he’s taking everybody’s stuff out…That’s his specialty, he’s the uterus collector. I know that’s ugly…is he collecting these things or something…Everybody he sees, he’s taking all their uteruses out or he’s taken their tubes out. What in the world.”

There is a long, shameful history of performing sterilizations and medical experiments on women of color and other marginalized groups, from J. Marion Sims–the “father of modern gynecology” who experimented on slaves without anesthesia–to the experiments done on prisoners during the Holocaust. In the U.S., Black women, Indigenous women, Latina women, as well as disabled people, have all had mass non-consensual sterilization forced on their communities. And while many people would like to write that off as ancient history, Wooten’s complaint makes it clear this kind of atrocity is very much still happening today.

(via The Intercept, Law & Crime, image: David Ryder/Getty Images)
Want more stories like this? Become a subscriber and support the site!