Sens. Susan Collins & Lisa Murkowski Are Once Again Asking Us to Believe They’ll Finally Do the Right Thing for Once 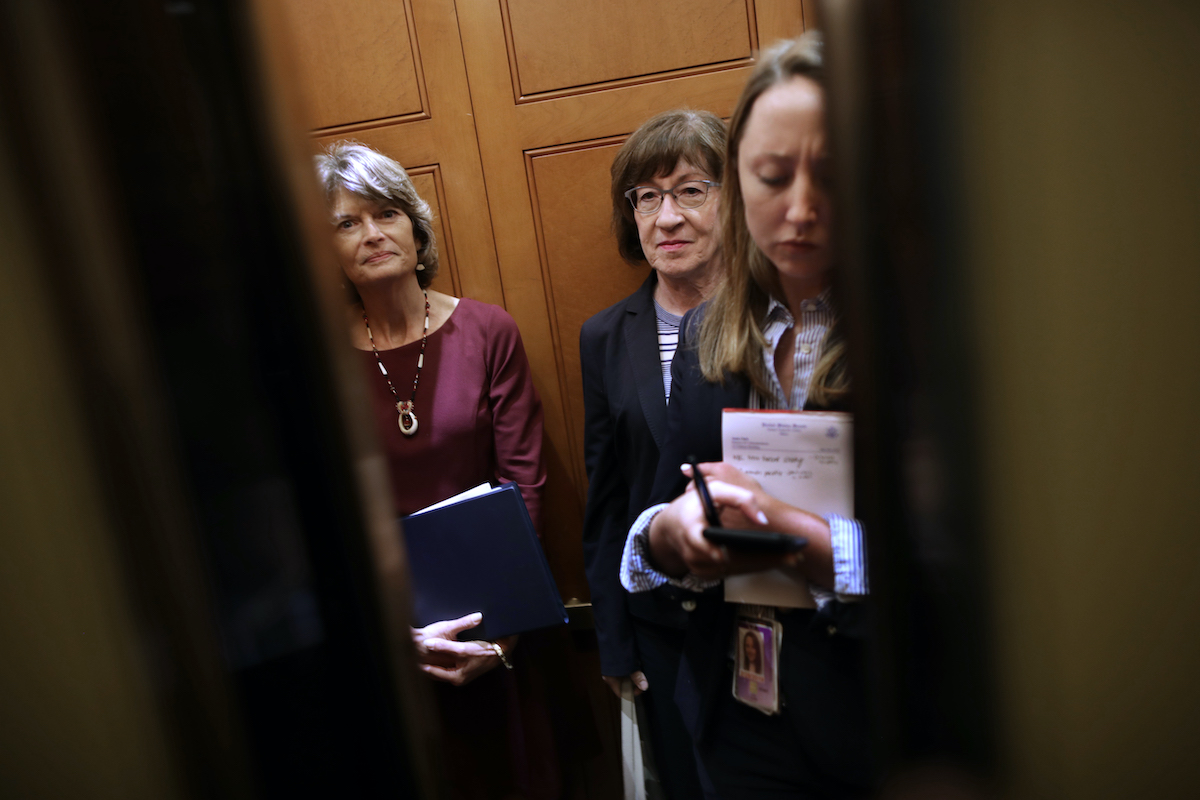 Over the weekend, two Republican senators—Susan Collins of Maine and Alaska’s Lisa Murkowski—expressed opposition to the idea of confirming a new Supreme Court Justice before the upcoming presidential election.

Speaking with Alaska Public Media just a few hours before the death of Justice Ruth Bader Ginsburg was announced Friday evening, Murkowski reportedly said that she would not vote on a new nomination before the election. She then released a statement Sunday saying she was standing by those comments. “For weeks, I have stated that I would not support taking up a potential Supreme Court vacancy this close to the election,” she said. “Sadly, what was then a hypothetical is now our reality, but my position has not changed.”

Collins relayed the same general idea: “Given the proximity of the presidential election, however, I do not believe that the Senate should vote on the nominee prior to the election,” she said in a statement Saturday. “In fairness to the American people, who will either be re-electing the President or selecting a new one, the decision on a lifetime appointment to the Supreme Court should be made by the President who is elected on November 3rd.”

Democrats need four Republicans to join them in opposing Donald Trump’s nominee to replace Ginsburg—an announcement he says will come Friday or Saturday of this week—so, in theory, Collins and Murkowski’s statements are a solid step in that direction. Except neither actually said she would vote against Trump’s nominee, only that Mitch McConnell shouldn’t call a vote until after the election. Which is the equivalent of writing a sternly worded letter … to themselves. And both senators have an infuriating track record of pretending to take a stand against partisan abuses of power and then caving and towing the party line. (Collins did exactly that during Brett Kavanaugh’s SCOTUS confirmation and Murkowski let us all down on impeachment.)

Even if Collins and Murkowski did both grow a backbone and stand by their stated convictions, that still leaves Democrats two votes short. All eyes are on a few potentially swayable Republicans, like Mitt Romney, the sole GOP senator to vote in favor of one of the impeachment articles, and Cory Gardner, who is facing a tough re-election race in November. But so far, no other Republican has spoken publicly about the issue.

That no one can really come up with a fourth Republican senator who might defy Trump and McConnell tells you all you need to know about the state of that party and the nation.

Justice Antonin Scalia died in February of 2016, eight months before the presidential election, and Mitch McConnell and other Senate Republicans claimed it would be a disservice to the American people to vote on Barack Obama’s nominee, Merrick Garland, during an election year. Now, less than 50 days before an election, McConnell is dismissing the precedent he himself set and attempting to rush a vote on Trump’s nominee. The rank hypocrisy on display is staggering, if not exactly surprising.

It’s pretty disheartening to have the fate of the Supreme Court rest in the hands of people like Collins and Murkowski, two senators who love to pull the old Lucy from Peanuts gag, repeatedly asking us to trust them and believe that this, finally, will be the time they let us kick that political football before we inevitably, once again, fall on our faces.

But even if we don’t trust them to do the right thing, there is hope that McConnell’s hypocrisy might be enough to bring a united Democratic front, not just in the vote regarding Trump’s SCOTUS nominee but also following the election, especially if we’re able to flip the Senate. For years, Democrats have been talking about expanding the court and abolishing the filibuster. This could be the push needed to actually make those things happen.

Mitch McConnell set the precedent. No Supreme Court vacancies filled in an election year. If he violates it, when Democrats control the Senate in the next Congress, we must abolish the filibuster and expand the Supreme Court.

Remember to call your senators, vote, and donate if you can!