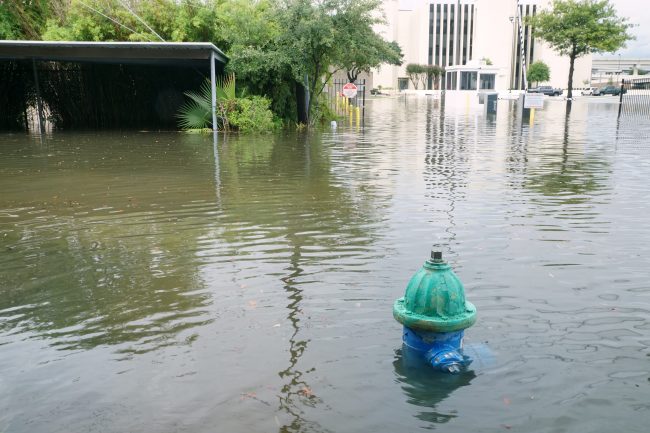 This week started with President Trump announcing the end of the Deferred Action for Childhood Arrivals program. It’s ended with education secretary Betsy DeVos announcing a rollback on Obama-era Title IX policies to protect the rights of sexual assault survivors, and establishing a horrifying equivalence between survivors and their assailants.

As wrenching as all of this is, it’s only the tip of the iceberg. A lot has happened in states across the country as well this week — especially regarding reproductive rights, as the state of Kentucky braces itself for the possibility of becoming the first state in the nation to lack a single abortion provider.

Here’s a closer look at what happened in Kentucky and everywhere else.

One of the biggest modern barriers to accessing abortion is high costs due to lack of public funding for the procedure, and one of the biggest contributors to these high costs is travel fees as a result of the sparsity of abortion providers. Last year, one of Kentucky’s two clinics was shut down as a result of requirements for contracts between abortion providers and local hospitals and ambulance services, which were unwilling to comply. The state’s last clinic, which, being based in Louisville along the Indiana border, is already too far from many Kentucky women to travel to, would have met the same fate if a federal court had not delayed enforcement of the law until a trial that will take place on Wednesday next week.

Activists and protesters on both sides of the aisle are already busy at work, but ahead of the trial, it’s important to know everything that led up to this — from anti-abortion activists threatening to play a video of an abortion on a “jumbotron” outside a clinic, to the truth about the motives underlying these requirements shutting down clinics.

Requirements for hospital admitting privileges and contracts with ambulance services are based on the unfounded and widely disproven idea that surgical abortion is dangerous and likely to cause emergency ambulance rides and trips to the hospital. Abortion is safer than both giving birth and having a colonoscopy, according to research. The fact that women’s health and safety is being jeopardized by anti-choice policies that are justified by the pretense of concern for women’s health and safety just makes everything darker.

States where abortion and reproductive health services are less accessible tend to have higher maternal mortality rates, and poorer women’s health in general. While Kentucky is already one of seven states with just one abortion clinic, things would likely only get worse for women if Kentucky were to cross over and become the first state in the nation without one.

Prior to Hurricane Harvey striking the Houston area, Texas was already one of the most difficult states in the nation to have an abortion, with restrictions on insurance coverage and laws that have shut down abortion clinics by the dozen. But abortion clinics in the region affected by the flooding were not immune to damages, which is why Whole Women’s Health, the organization that sued and won in a 2016 Supreme Court case that ruled TRAP laws unconstitutional, has stepped up to the occasion.

Whole Women’s Health announced in a blog post this week that with the help of the Lilith Fund, a Texas-based abortion fund, will provide cost-free abortions to Hurricane Harvey survivors — some of whom missed appointments for the procedures due to the storm, and were unable to rebook appointments also due to the storm. The costs associated with traveling to have an abortion make the procedure unaffordable to many, and fewer clinics as a result of Harvey will only exacerbate this issue.

“The need for abortion care does not stop for natural disasters … Continued political attacks on abortion access make an unwanted pregnancy particularly stressful in Texas — add that to the stress of dealing with hurricane aftermath,” Whole Woman’s Health wrote on their blog. “We can only imagine what a stressful time this must be for those patients who had to miss their appointments or are waiting for the nearest clinic to open.”

This week, the Ohio Supreme Court announced that it will hear arguments about a law requiring abortion clinics to have admitting privileges at nearby hospitals. The law has become one of the most popular anti-choice policies across the nation because it works two-fold. It stigmatizes abortion by falsely representing the procedure as dangerous and likely to send women to the hospital, and can also have the effect of shutting clinics down if they’re unable to obtain these privileges.

From the Dayton Daily News:

“Capital Care Network of Toledo, an abortion clinic, brought the legal challenge after the state decided its transfer agreement with the University of Michigan Health System in Ann Arbor — 52 miles away — didn’t qualify as ‘local.’

“For more than 20 years, Ohio has required that ambulatory surgical facilities, which provide outpatient surgery, to have written transfer agreements with hospitals in case of emergencies.”

Two lower courts already ruled the law, which has been in place for more than 20 years now, unconstitutional for a number of reasons, including due process violation and that the law was attached to the state’s budget bill, violating the Ohio Constitution’s single-subject rule. But most notably, the law was also ruled unconstitutional for placing an undue burden on women’s right to access abortion services, as clinics that are unable to meet requirements like this, many of which are expensive and medically unnecessary due to the safety of surgical abortions, are often shut down, and women are forced to travel greater distances for the procedure.

To wrap this week up on a positive note, this week, the Lasker-Bloomberg Public Service Award went to Planned Parenthood “for providing essential health services and reproductive care to millions of women for more than a century” and for helping “men as well.” According to the New York Times, this was a relatively unprecedented move for the Laskers, which typically “honor scientific advances and humanitarian efforts.”

The Times suggested this was taking the Laskers “into more political territory,” but it’s no fault of Planned Parenthood that Republicans have transformed women’s health into a contentious political issue. From the start, the organization was born of a humanitarian goal to protect and empower women and marginalized people.

“We are thrilled to be honored,” Planned Parenthood Foundation of America President Cecile Richards said in a statement. “Planned Parenthood has substantially improved health outcomes for women — and we will keep fighting for our patients, no matter what.”

At a time when Planned Parenthood is constantly facing politically-charged threats and, more recently, President Trump signed off on legislation allowing states to take away federal funding from the women’s health organization, recognition of their work on behalf of public health from a nonpartisan organization means more than ever.