Report: All People Do is Stowaway On Then Fall Out of Planes 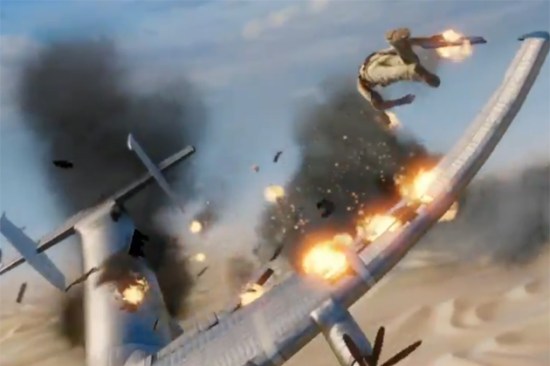 If you’ve ever seen Con Air, you know that, sometimes, someone casually falls out of the sky and onto your car. Since you might not be one of the unlucky people that has experienced this — from either end of the falling — a report on the BBC reminds us that, actually, people tend to fall out of planes more than you’d think. Assuming you ever think about people falling out of planes, that is.

BBC News reports that a man was found dead on a street in London, Portman Avenue, and police believe he could have been a stowaway that fell from a plane. The report says that a few residents living in the area thought they heard some kind of “thud” or “loud bang,” but no one was around to actually witness the man possibly falling from the sky. Though police have ruled the death as unexplained, the BBC News reports that media outlets are latching onto the idea of the man having been a stowaway on a plane flying to Heathrow, which is only ten miles away, and happened to, you know, fall out of the sky.

Though tragic, “a man died, and he maybe fell out of the sky along the way, but who knows” doesn’t make for the best news, so the BBC went into statistics regarding people falling out of planes. Now, unfortunately this isn’t exactly Uncharted 3, and people don’t fall out of the loading bay of planes because they’re having an adventure filled with handsome and thugs, so the people who do tend to fall out of planes ended up being stowaways who tried to hide in a plane’s wheel well. It’s often thought or found that the stowaways either die up in the air, rather than die upon impact with the ground, and that the reason for them falling out of the wheel well is because they become too weak to hold on due to atmospheric conditions — such as hypoxia or hypothermia — or end up losing consciousness entirely in certain cases. The BBC notes that above 33,000 feet, which is an average height for a plane to fly at some point along its journey, lungs need artificial pressure to properly function. Wheel wells aren’t normally pressurized and conditioned to keep a human healthy, and that’s not even taking into account that a wheel well is a compartment of gears and moving mechanical parts that could crush a human body pretty easily.