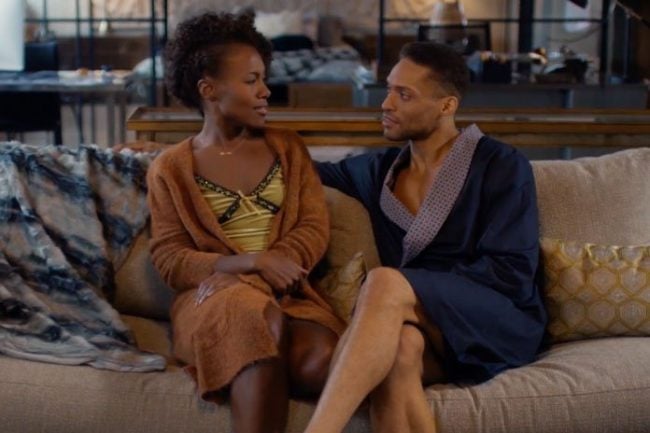 Variety has confirmed that Netflix has renewed the Spike Lee remake She’s Gotta Have It for a second season. The first season was released this past Thanksgiving. Lee and Tonya Lewis Lee, his wife, who helped write and work on the series, posted a video on their Instagram announcing the news themselves on New Year’s Day.

The first season was released to critical acclaim and mixed public reaction, with valid arguments on both sides about Lee’s dated language and characterization. Slate’s Represent podcast has two episodes about the show. One includes writer Radha Blank, who wrote for the show and did a lot of the work around the character of Shemeka, and Mic writer Erin E. Evans, who was critical of the show and its choices when it came to certain characters. What I have enjoyed most about the discussion around the show is the conversation about our protagonist, Nola Darling, who is without a doubt a spoiled, entitled, and often obnoxious character. And that is exciting.

We are living in an age where respectability politics are no longer at the forefront of how black entertainers create content. In the days of The Cosby Show and Good Times and The Jeffersons, there was a real social issue in the way black people were portrayed in media. For many Civil Rights leaders, the concern was that if the depictions of blackness were stereotypical and didn’t show black successes, it would impact the way white people viewed black people—especially if they didn’t have any personal experience with black people. That’s why Martin Luther King Jr. wanted actress Nichelle Nichols to stay on Star Trek, because she was one of the few black women on television who wasn’t a maid or in some sort of service role.

These were understandable concerns, yes, but also very limiting. In fact, not since Good Times have we had a mainstream show that deals with black poverty in a family show that isn’t also about cops, a la The Wire, although it looks like The Chi, airing on Showtime January 7th, will be changing that. Even with shows like A Different World (talking about that a lot today), Lisa Bonet was removed from the show because it would clash with her “good girl image” to have Denise as an unwed mother. Black experiences shouldn’t be put into a box of acceptable and unacceptable ones. Our stories are vast, and while sometimes that means dealing with problematic issues, it’s better to have black writers address them further than to hand them over to the rest of the world to form our identity for us.

Thankfully, now we don’t have to deal with that sort of limitation. Shows like Atlanta, Insecure, Dear White People, Queen Sugar, Black-ish, etc. are doing well and thriving. Even though we did lose a lot of black-led shows last year (pouring one out for Being Mary Jane), we still have a lot more options than we did in years past.

Nola Darling and She’s Gotta Have It is a great addition to this because Nola is very much a Hannah-type character from Girls. Her amazing brownstone apartment in Fort Greene is owned by her godmother, who is charging her way-way-way less than the market price. She has parents who both financially and emotionally support her, and men (plus Opal) who are willing to do anything to keep her in their lives. She’s a hot mess of artistic wish fulfillment, with a narrative that, while compelling, fails to really hold her accountable for being kinda the worst, especially as a sexual partner.

As writer Monique Judge at The Root put it:

“What we find in Nola is a person who invites men into her “love bed” to satisfy her and please her. We don’t see her giving the same in return. She is polyamorous, but it is clear that her partners are not. Not only does she not take this into consideration, but we never see her have a discussion with them about the fact that she has other lovers. There is no true honesty there. In her world, there is no room for consideration of their feelings.”

I think this disconnect comes from the fact that the writers’ room, while filled with black women, failed to include queer black women, anyone polyamorous, or millennials. There is an element of datedness to She’s Gotta Have It‘s attitude towards modern black queer non-monogamous existence, which is easily fixable— if they want to fix it. Yet, there is also value in having a somewhat horrible person as a protagonist, even if the writers might not acknowledge it. Male leads get to be awful people and reap the benefits of casual sex and professional success, so why not Nola? Maybe she’s the boujee black heroine we need in 2018?

Regardless, after the season one finale, I am excited to see what is next for Nola and her relationships, and I, for one, will be excited to see DeWanda Wise back on my screen. However, if they could just get rid of Greer or give him a better personality, I’d be very grateful.