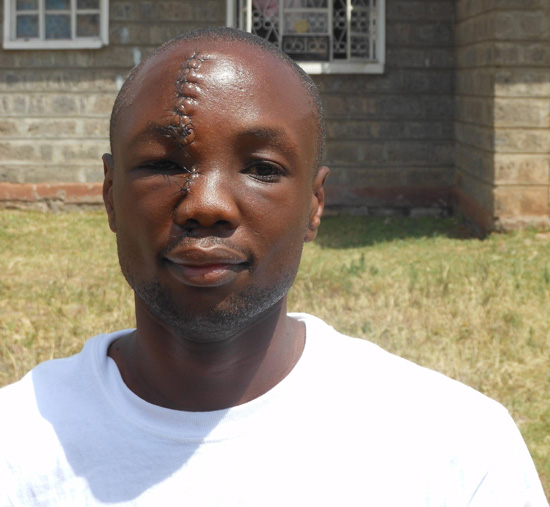 A mere 19 hours ago, shocking photos of a man named Omari were posted to Reddit. Omari had just been released from the hospital after having his face slashed by roving thugs while single-handedly defending the Faraja Orphanage in Ngong, Kenya. The original post asked for $2,000 to help build a security wall around the orphanage. Since then, the collective power of the Internet has raised some $70,000. Wowie zowie, Internet!

The Faraja Orphanage houses about 35 children, both girls and boys between the ages of two and seventeen. Conditions are austere at the orphanage, which raises chickens and vegetables for food. This wasn’t the first time thugs had attacked the orphanage, but it is the first time they left so permanent a mark. In the wake of the attack, the children have been unwilling to re-enter the building, afraid of another ambush.

With only a rickety wooden fence around the perimeter, Redditor TheLake sought to help raise the $2,000 necessary to complete a cement security fence. That figure was quickly exceeded, and the grand total is somewhere around $70,000. Incredibly, even Weebly — the service which hosts the site on which donations are being made — gave $10,000 to the cause. Most donations are far smaller, but clearly every little bit is helping.

According to TheLake, excess funds will be used for food and supplies for the children. With $70,000 to work with, hopefully the orphanage will get one hell of a wall and enough supplies to keep them stocked for as long as they need. Here’s hoping that PayPal shenanigans or miscommunication with the charity accepting donations don’t put a crimp in this good news!

If you’re interested in making a donation, the Longonot Education Initiative seems to be handling the money. As you can see, the orphanage’s residents are already very happy with the news. 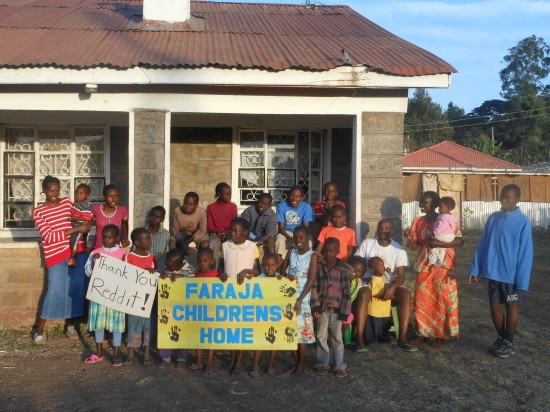