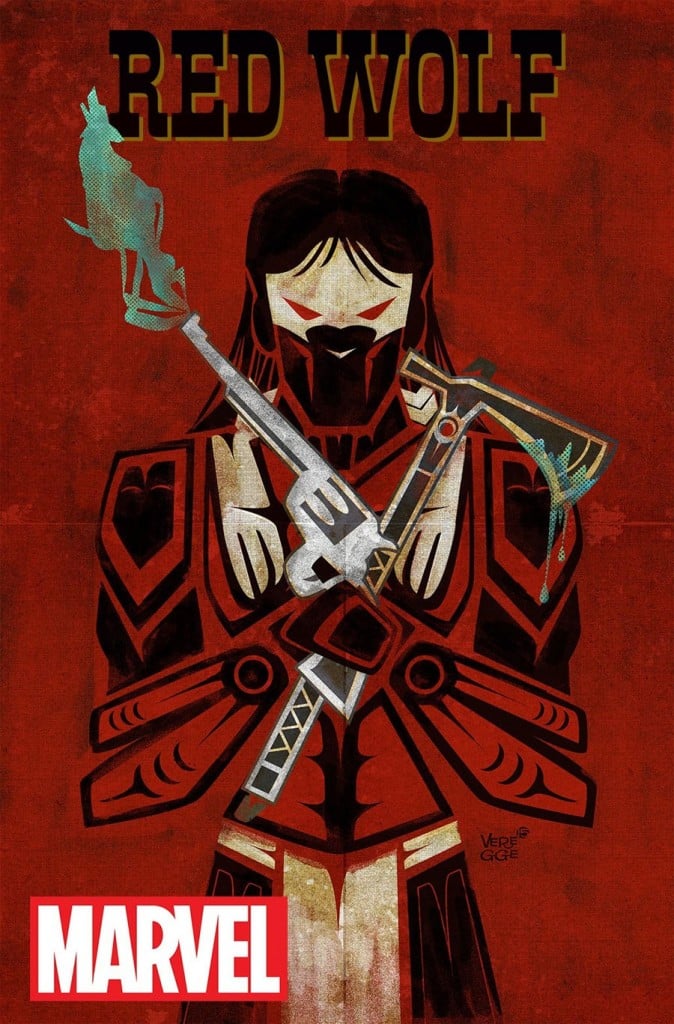 As part of Marvel’s “All-New All-Different” campaign, they’ve announced that they’re giving the tough-as-nails brawler Red Wolf his own solo series. He’s currently appearing in the Secret Wars series 1872, and will spin-off into a solo title soon. The book will be written by Nathan Edmondson, penciled by Dalibor Talajic, with cover art by Jeffrey Veregge.

Veregge is excited to get to work, and shared his thoughts on the new series with Mashable, saying:

There’s not a character like Red Wolf out there right now. As a native, I’m really excited to see that he can do things, he can figure out things and stand with Captain America, and hold his own in this universe. That’s what’s awesome about it: You have all these characters of different nationalities and ethnicities, but it’s not all about their culture. It’s about them being a hero.

Despite his seemingly historical origins, series editor Jake Thomas is quick to point out that the character himself isn’t exactly “historical” per se.

Nobody should go to this looking as its historical. He comes from another dimension, after all. But it’s very important for us to approach it in as authentic a way as possible. Jeffery offers this, and not just for consultation, but with his creative input — his covers jump out from 100 feet away.

And Edmondson already has a very clear sense of what kind of character he wants Red Wolf to be.

He’s kind of in a sense the Jason Bourne of the West, who can find a way out of any situation, or a way to use the resources of whatever room or position he may be in — he’s not a gunslinger, but he might use a gun if he has to. … But beyond all that, he’s just a brawling, tough-as-nails fighter.

What say you, gang? Are you excited for Red Wolf?