Ever Wondered What a Ball of Red Hot Nickel Would Do to a Block of Ice? [Video] 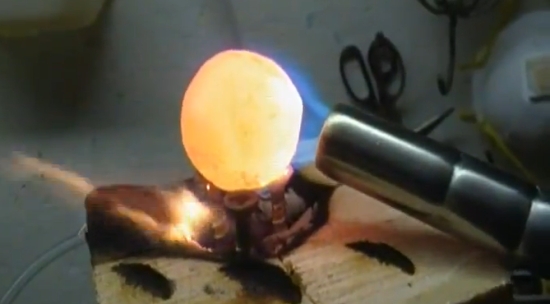 One of the greatest things to come out of the creation of YouTube is the ability for pretty much anyone to video any kind of thing and throw it up for the viewing pleasure of others. There were other ways before YouTube, but the video giant centralizes things well. It also allows creators of videos to field suggestions from their viewers, and that’s just what YouTube user carsandwater did. They’ve been heating up balls of nickel and placing them in things, and one comment suggested that they place the red hot ball of nickel on a block of ice.

Well, carsandwater apparently thought that suggestion was swell, because that’s exactly what they did. Here’s the video:

Also, if you’re not paying close attention, everything looks a lot bigger than they actually are. Perspective!