The Story of Lucy and Starfire 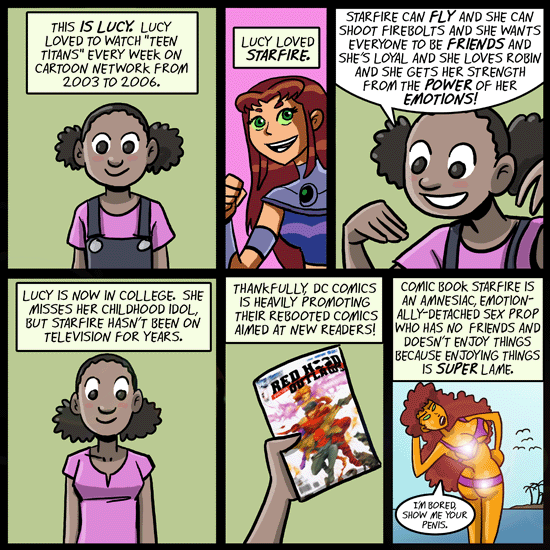 David Willis lays out one of the myriad ways in which DC’s stated intentions of “bringing in new readers” falls apart.

Read the rest of the comic here.