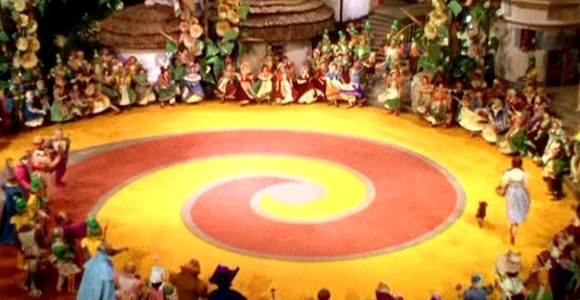 Warner Bros’ grown-up Wizard of Oz series has landed like a house in a tornado at Lifetime.

When I first saw this story I thought it was yet another Wizard of Oz project in the works for television. I love L. Frank Baum’s stories, but come on. Anyway, turns out this is the same project we originally heard about back in February – Red Brick Road. But in case you weren’t aware:

Red Brick Road is the fifth Oz-themed project to land a network sale in the past three months, joining NBC’s drama Emerald City, a dark reimagining of the classic tale of Oz in the vein of Game Of Thrones; CBS’ Dorothy, a medical soap inspired by the characters and themes from The Wizard Of Oz; the CW’s Dorothy Must Die, a revisionist take on L. Frank Baum’s classic based on the upcoming young adult novel by Danielle Paige; and Syfy’s miniseries Warriors Of Oz from director Timur Bekmambetov, a fantasy-action reimagining of the classic story.

So what exactly does Red Brick Road have in store? Deadline writes:

In the classic 1939 feature, when Dorothy set off for the Emerald City, she followed the Yellow Brick Road. But among the yellow bricks at Dorothy’s feet, there was also a swirl of red bricks. They’ve been there the whole time in plain sight. Unnoticed. Unexplored. Which raises the question — just where do they go? Red Brick Road will answer that by following Dorothy down that fateful path, taking her to the oldest, darkest and most dangerous parts of Oz to find what became of her friends who all have gone missing.

They also explained the series is being “written by Tim Schlattmann (Dexter) based on an concept by artist Rob Prior” and is “an edgy, Game Of Thrones take on the world of Wizard Of Oz.”

I’m totally going to watch but then again, I’m a sucker for most things Oz.