Warner Bros. Putting Together A TV Series Where The Wizard of Oz Meets Game of Thrones 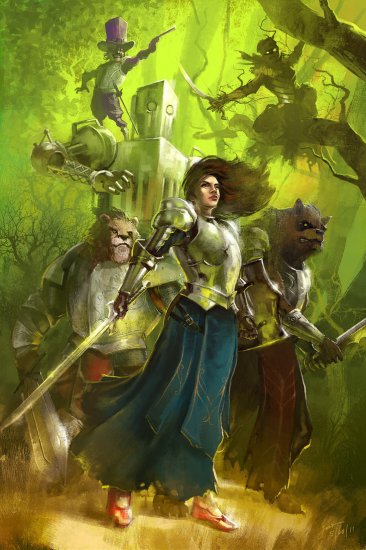 Warner Bros. are working on a new television show that could be pretty great if done well. It’s The Wizard of Oz meets Game of Thrones and it’s called Red Brick Road. Uh oh, sound ominous.

There aren’t actually a lot of details at this point but here’s what we do know. “Warner Horizon is going beyond the yellow brick road, picking up fantasy Red Brick Road as a potential series,” according to The Hollywood Reporter. “Story details are being kept behind the curtain, but the concept is described as a continuation of the Wizard of Oz story but told in a Game of Thrones fashion, filled with politics, intrigue and violence.”

Fans of L. Frank Baum’s Oz books may already know the first story was continued in the film, Return to Oz in 1985. The story has been adapted countless times, however, most recently with Sam Raimi’s Oz the Great and Powerful.

Red Brick Road is being created by concept artists Rob Prior and produced by Mark Wolper, Roy Lee and Adrian Askarieh. (Wolper and Lee are currently working on the Psycho prequel Bates Motel)

No word on whether they’re aiming for a cable network in order to have Game of Thrones-level violence or if Dorothy Gale would be the main character but I dig the concept. What do you think?

(via The Hollywood Reporter, art via JB Casacop on DeviantArt)