NASA Receives Highest Number of Astronaut Applicants in Over 30 Years 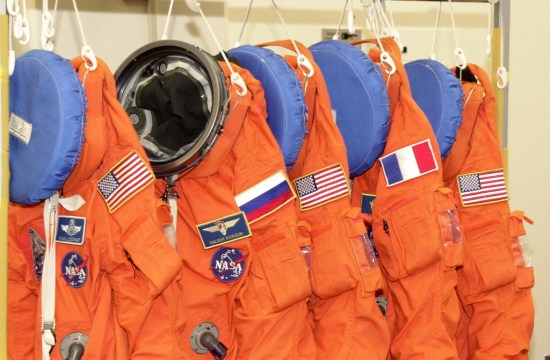 In case you had forgotten, NASA has extended its search for new astronauts online in recent years, giving anyone the chance to apply for what is probably the coolest job on the planet. Hopefully you didn’t forget to turn in your application, because the NASA won’t be taking anymore for a while. However, the space agency repots that it was a banner year, boasting the most applications since 1978. So if you did remember to apply, you’re going to have a lot of competition.

According to NASA, the agency received 6,300 applications for this cycle of astronaut hunting. This is nearly double the 2,500 – 3,500 applications NASA normally receives, and second only to 1978 with a record 8,000 applications.

For those applicants, its going to be a rigorous, three-tiered selection process. First, a committee will chose a slate of candidates that meet the minimum requirements. Those applicants are then vetted by a second team, mostly comprised of current astronauts, to narrow the field even further. Applicants that survive the first two rounds will be brought to Johnson Space Center for the first in-person interviews of the process and a medical evaluation.

With so limited a number of positions to fill, it’s not surprising that NASA is looking for a broad range of skills. From NASA:

“We will be looking for people who really stand out,” said Peggy Whitson, chief of the Astronaut Office at NASA’s Johnson Space Center and chair of the Astronaut Selection Board. “Our team not only will be looking at their academic background and professional accomplishments but also at other elements of their personality and character traits — what types of hobbies they have or unique life experiences. We want and need a mix of individuals and skills for this next phase of human exploration.”

Though NASA has not speculated on why there was such a bumper crop of applications, it’s very likely because space travel is back in the news these days. This past year saw the end of the Space Shuttle era, which NASA has tried to play as a new beginning for American space exploration. To that end, they’ve worked to keep the Orion spacecraft — due for its first flight in 2014 — in the public eye as much as possible. Outside NASA, excitement has been growing for SpaceX as the forerunner of privately owned space launch companies, which is aiming for its first unmanned flight to the ISS later this year.

Of course, so many candidates means even more rejections. From the 6,300 applicants, NASA expects to select only nine to 15 by 2013. If, by some chance, you happen to find yourself amongst the lucky few chosen to carry the torch of American space exploration, feel free to drop us a post card. From space.