The Importance of Finding Your Own Rebel Alliance Within the ACLU 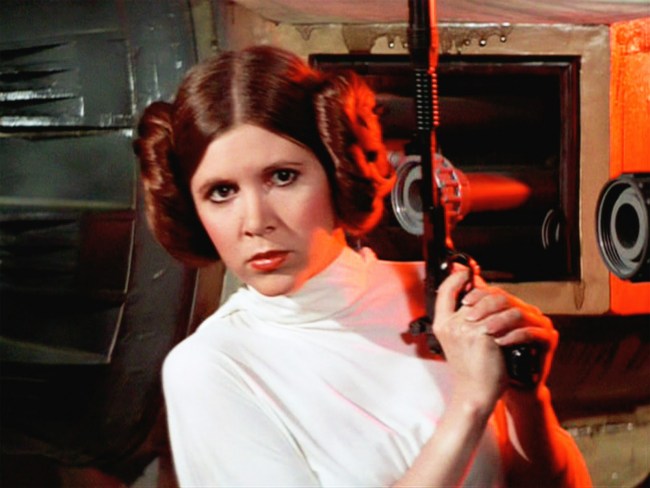 As the political director of the ACLU of Massachusetts and a life-long Star Wars fan, it has been a rough couple of months.

Watching a sexist, misogynistic, racist who shows complete disdain for the Constitution and the Bill of Rights campaign and get elected to our highest office was a blow to my basic sensibilities. When did we allow hatred to take over our basic ideals set forth in our country’s founding document?

But I felt—and feel—lucky to be working at the ACLU: a national organization with affiliates in all 50 states, the District of Columbia and Puerto Rico and over 1 million members and activists across the country. We can battle attacks on the Constitution, which we have been doing since 1920. And I have been privileged to work in defense of our country’s ideals and to help the most disenfranchised populations in our communities my entire career. My professional and personal life experiences helped me prepare for this moment.

Then we lost Carrie Fisher. She was an amazing actor, writer and advocate for those with mental illness, but in my mind, always the unstoppable Princess Leia.

It was the summer of 1977, and I was lucky enough to attend one of the first screenings of Star Wars: A New Hope in Los Angeles. Not only was there a whole new galaxy, far, far away to capture our senses, but there was a Rebel Alliance fighting for the rights and lives of beings on all planets across the galaxy from the militaristic dictatorship that the Galactic Empire had become. And who was introduced as the linchpin of that movement? A woman, a leader and a fighter—Princess Leia.

This was no Disney princess who had, until then, been “role models” for young girls like myself. We weren’t waiting around to be rescued by some prince with the “happily ever after” being marriage and the opportunity to take care of their man.

Leia was a princess in the thick of battle; she was a smuggler; she directed troops of men; and she had a blaster! What could be better to fight the agents of tyranny? And besides the infamous gold bikini—which she was made to wear by her captor Jabba the Hutt—she was a character based on courage, intellect and drive—not sex appeal.

On November 9th, when I was in a daze over what had happened to our American ideals, I immediately reached for my inner-Leia.

We need to fight! We need to help protect those most vulnerable to the policies of a Trump Administration! Those fighting for social justice and constitutional ideals must come together to fight the atrocities that could be on the horizon!

I felt so lucky to be able to be working with my own Rebel Alliance—a title I had given my colleagues at the ACLU of Massachusetts, unbeknownst to them. We will fight for the civil rights and liberties of everyone in the Commonwealth and beyond. We may not have blasters, but these are the smartest, most dedicated people I have known in my life.

As we prepare to battle and protest the threats presented by the Trump Administration, I ask that everybody reach for their inner-Leia. We need to take the momentum created by the Boston Women’s March for America and the Women’s March on Washington on January 21st and take action!

Become a part of the ACLU Team or find your own Rebel Alliance. The important thing is that we are all sending the same message to the president: we will not stand for your anti-American proposals.

And to quote Princess Leia: The more you tighten your grip, Tarkin (read Trump), the more star systems will slip through your fingers.

So get out there, get busy and May the Force Be with You!