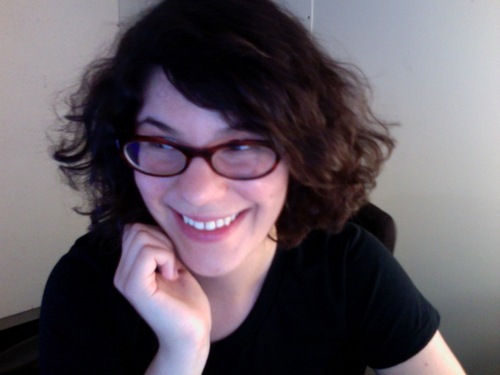 On the heels of a somewhat depressing post about the TV industry, here’s something a little brighter for your Friday: One of the shows recently greenlit by Cartoon Network is being helmed by Rebecca Sugar, making her the network’s first solo female showrunner.

If her name sounds familiar to you, it’s probably because she’s penned many of the songs in Cartoon Network’s Adventure Time as well as being one of its storyboard artists and writers. She even garnered an Emmy nomination for the season two episode “It Came From the Nightosphere,” the first episode she boarded. Her new show, Steven Universe, is a coming-of-age story about the youngest member of a group of magical Guardians of the Universe.

There’s not much additional information about the show yet, save that it should debut some time next year. So here, have an Adventure Time song! (Written by Rebecca Sugar, of course.)