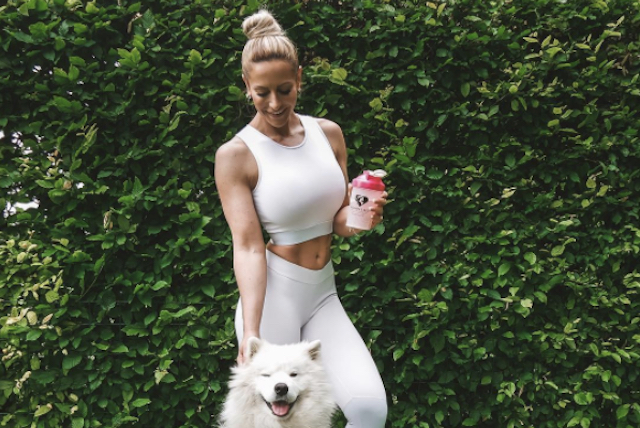 Rebecca Burger, a French fitness blogger and Instagram star, died after a whipped cream dispenser exploded at her home. Her family is calling the incident “a domestic accident.”

When I first saw coverage of Burger’s death spread across the news and social media this morning, it seemed like such a surreal occurrence that I kept reading more and more about what happened.

Burger was the sort of figure who can gain fame and even fortune via savvy use of social media. On Instagram, she had nearly 200k followers on her account @rebeccablikes. There, through carefully curated photos, she showcased her picturesque life and showed off sponsored products. In addition to lifestyle topics, she posted about her frequent world travel and beloved fluffy white dog. Her bio still reads, “Travel, Lifestyle, Food, Fitness 📍France🔜Barcelona, Austria, Dubai, Zanzibar,” demonstrating her international reach.

But the most recent Instagram posts are from Burger’s family, who used her account to announce the 33-year-old’s untimely death.

The whipped cream dispenser that Burger was using had apparently been recalled as defective in 2013, according to USA Today, which has further details of what happened: “Consumer magazine 60 Million Consumers reported that the victim was hit violently in the chest by the exploding canister, and said that led to a heart attack. The magazine said it had been warning for years of such risks after dozens of incidents, but this was apparently the first death reported.”

Burger’s family also posted an image of a similar canister as a warning to others.

CNN translates: “This is an example of the whipped cream siphon that exploded and hit Rebecca’s thorax, leading to her death. To be clear: The dispenser that led to her death was sealed. Do not use this type of utensil! Tens of thousands of defective devices are still out there.”

This whole event is terrifying and tragic, and I’m posting about it here in the hopes that spreading the image of what went wrong can work to raise awareness and prevent it from happening again.