Real Swedish Chef Makes Yummy, Healthy Food For Students, Gets In Trouble For It 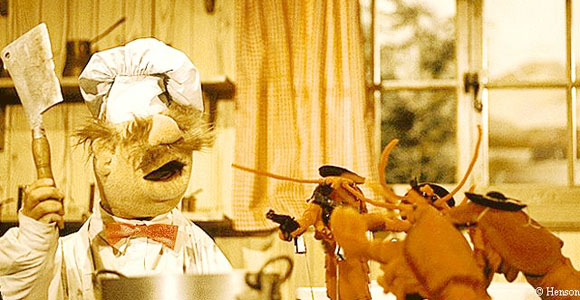 Annika Eriksson’s food is delicious. Therefore, she must stop serving it to the children at the Swedish school she works in. Obviously.

The Local (Sweden’s news in English!) reported on the situation:

Pupils at the school have become accustomed to feasting on newly baked bread and an assortment of 15 vegetables at lunchtime, but now the good times are over.

The municipality has ordered Eriksson to bring it down a notch since other schools do not receive the same calibre of food – and that is “unfair”.

So because her food was so good but they were too lazy to figure out how to give it to their other schools, no one gets any. This sounds like bad playground behavior to me.

Eriksson said her efforts didn’t put any added financial burden on the school but since it didn’t follow a 2011 plan for healthy eating, it had to go. And as you can imagine, students and parents were angry about the decision. Some fourth-grade students have even launched a petition against it.

“The food on offer does not always suit all pupils, she explained, and therefore she makes sure there are plenty of vegetables to choose from as well as proteins in the form of chicken, shrimp, or beef patties,” wrote the paper. “From now on, the school’s vegetable buffet will be halved in size and Eriksson’s handmade loafs will be replaced with store-bought bread.”

“Her traditional Easter and Christmas smörgåsbords may also be under threat,” they wrote.