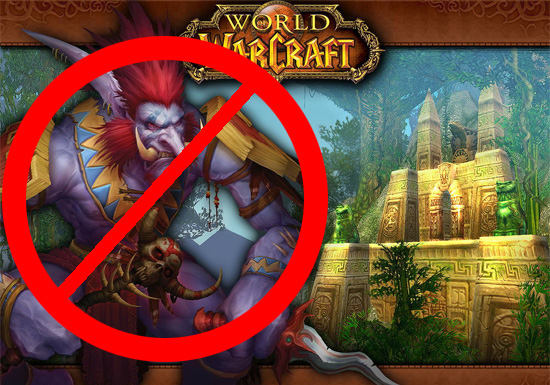 Last month, Blizzard Entertainment rolled out a program called Real ID, a quasi-social networking service for World of Warcraft, StarCraft II, and Diablo III gamers to stay in touch outside the games. As Real ID’s name suggests, its most contentious feature is that it requires people to register using their real first and last names — no more fake names or obscure gaming references allowed. When Real ID launched, CNET described it as a “voluntary, optional level of identity designed to keep players connected even outside of WoW.”

Well, as of today, Real ID is going to get a little bit less voluntary: According to a just-posted announcement, Blizzard will soon require gamers participating in its WoW and StarCraft II forums to do so through Real ID, connecting their posts with their real identities. Why? Because they say anonymity breeds trolls.

The first and most significant change is that in the near future, anyone posting or replying to a post on official Blizzard forums will be doing so using their Real ID — that is, their real-life first and last name — with the option to also display the name of their primary in-game character alongside it. These changes will go into effect on all StarCraft II forums with the launch of the new community site prior to the July 27 release of the game, with the World of Warcraft site and forums following suit near the launch of Cataclysm. Certain classic forums, including the classic Battle.net forums, will remain unchanged.

The official forums have always been a great place to discuss the latest info on our games, offer ideas and suggestions, and share experiences with other players — however, the forums have also earned a reputation as a place where flame wars, trolling, and other unpleasantness run wild. Removing the veil of anonymity typical to online dialogue will contribute to a more positive forum environment, promote constructive conversations, and connect the Blizzard community in ways they haven’t been connected before. With this change, you’ll see blue posters (i.e. Blizzard employees) posting by their real first and last names on our forums as well.

Not all Blizzard gamers are happy about the change: One poster called Ethiun (probably not his or her real name) writes “Wait…….what?  You mean we will need to use our real names to post on this forum? /sigh Looks like I will only be reading from when this hits. Can’t say I like this one little bit.” Based on other comments in the response thread, it seems likely that forum participation will drop once Blizzard implements the change, as some gamers do not feel comfortable linking their comments to their real identities.

It’s a shame that Blizzard thought it necessary to force this mass implementation of Real ID, as some degree of anonymity tends to disinhibit online discussion and make it livelier and more daring. But that doesn’t mean they made the wrong call: Earlier this year, Engadget toyed with turning comments off entirely due to what they called an environment that had turned “mean, ugly, pointless, and frankly threatening in some situations.” Some sites, like the Wall Street Journal‘s currently require commenters to use their real names to cut down on trolling. Coincidentally, the Chinese government recently instituted a measure requiring participants in online games to use their real names. We’ll have to wait and see how the Blizzard forums change once Real ID kicks in, but it seems a fair bet that the conversation will become more respectful, if quieter and a bit more inhibited.