Are you kidding me, Gaiman? You gave her THAT book? 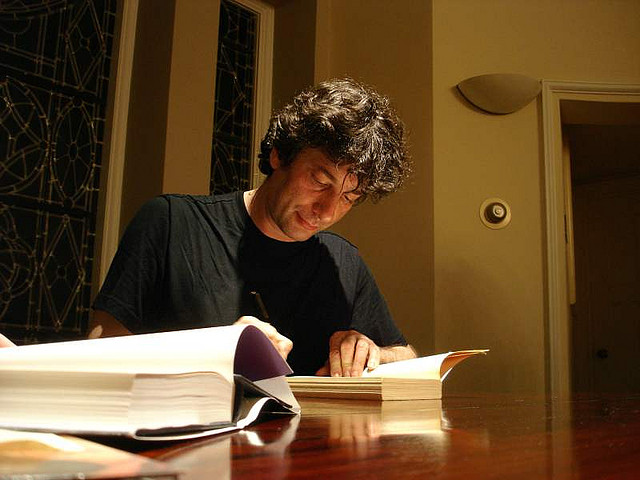 The amazing thing about Neil Gaiman is that his work transcends generations. Between his novels for adults and his children’s books, there is something Gaiman for people of all ages. So, what better person to be an advocate for a new generation of young readers being introduced to the wonderful world of books through the new, digital Reading Rainbow? Jenni Buchanan, aka The Reading Rainbow Mom, interviewed Gaiman for the RR website, where he talked about his lifelong love of reading, raising avid readers, and a huge misstep in guiding his daughter’s reading life. Here are some highlights:

On his early author favorites:

When I was six I discovered C.S. Lewis, and at that point I was lost. Two authors I discovered in my sixth year who I still love and respect are C.S. Lewis and P.L. Travers [the author of the Mary Poppins books.] I had seen the Mary Poppins Disney movie when I was about three and loved it. I remember later seeing the book with a still from the film on the cover and I talked my parents into buying it for me. On the one hand it was very strange how different the books and film had been, and I had a sneaking suspicion that while I missed Julie Andrews, the books were better; deeper, more powerful. I loved the way Travers told stories. I loved that she didn’t explain things. She left things unexplained for the reader to figure out.

On his favorite mythological pantheon:

Probably my favorites are the Norse gods. It would be the Egyptian gods if we knew more about their home life—I love them and the fragments of them we do have. But the Norse gods are the most fun because they’re so much like us. Loki, god of evil and mischief, is glorious and vain and brilliant and self satisfied. He gets into trouble by thinking too much, and he gets out of trouble by thinking things through. (That and the occasional wise deployment of force.) There’s something incredibly human about the Norse gods. They win for me. I like them because I know them; they’re less grandiose and full of themselves, more dangerous and more gullible than the Greeks or the Polynesian gods. I’d love to know about the Slavic gods, but we just don’t have much information about them.

On the book he’d want everyone to have if he had the power to provide it:

Oh, what a glorious question. If I had that superpower—well, would I have the power to be able to make them read it as well? It’s very well to give everyone a book, but it’s another thing to make them want to read it. So I suppose I’d love to give everyone a copy of a book they would love; a magic book that when you open it becomes the book you need, that reminds you of the magic of fiction, reminds you who humans are and why we make stories. That’s what I’d like.

On the horrible book mistake he made with his eldest daughter:

There were, however, definitely things I did wrong. Things I did slightly wrong and things I did appallingly wrong. My wrongest thing was with Holly: When she was 11 or 12 Holly came home from school clutching a Goosebumps book by R.L. Stine. She loved the Goosebumps books. I did what I thought was the correct thing, and said “if you like these then you’ll love this…” and I went and got a copy of Stephen King’s Carrie for her. Well, she didn’t like it, not at all. And that was it for Holly and horror. After that she tended to read books with happy people on prairies.

Now, I’m just retroactively pissed off at Gaiman on his 11 year old daughter’s behalf! I chose to read Carrie when I was about the same age, and it was THE WORST DECISION I’D EVER MADE AT THE TIME. Then I let a friend convince me to watch the movie version at a slumber party shortly thereafter. BIGGER mistake! And I chose that! I can’t even imagine having had those things inflicted on me by my own dad! What is wrong with you, Gaiman! No 11-12 year old girl starting to go through puberty needs to be reading or watching Carrie. Ever. It’s just THE WORST. So, Neil, 12 year old me is totally folding her arms and glaring at you. Fathers need to learn. 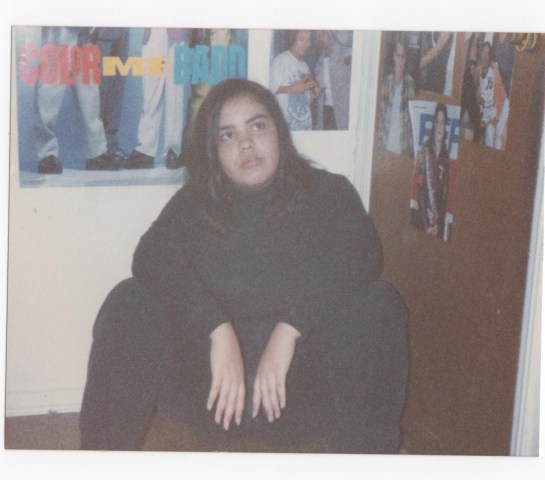 Anyway, you can check out the full interview at the Reading Rainbow website.