Now where is this pile of money so we can all Scrooge McDuck in it? 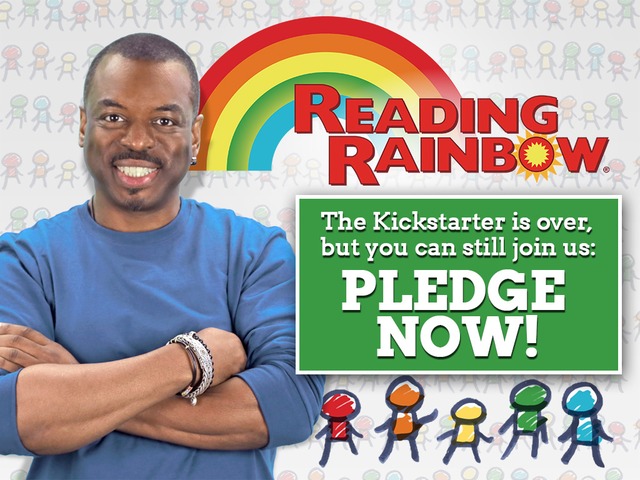 The world has become Rainbow, and now you can, too. The initial literacy fundraiser ended last week after raising an incredible $5,408,916, but there’s still time to donate over on BackerKit, a crowdfunding platform that has definitely hitched itself to the right gravy train.

If you’re interested in adding on to a previous donation or supporting the fundraiser for the first time, the lower-level tiers of giving available on BackerKit offer the same incentives as the Kickstarter, but the high-level donations seem to capitalize less on the cult of LeVar and more on the opportunity to make concrete changes in schools (supporting twenty different classrooms must be almost as fulfilling as dinner with Geordi, right?).  Kickstarter benefactors who wish to add specific items to their order can also do so via the the new platform.

If lieu of monetary donations, I’m fairly certain Burton accepts payment in the form of good vibes as well. What’s the going rate for kisses of gratitude?

Previously in take a look it’s in a checkbook