How the HELL high is this butterfly gonna fly, already? 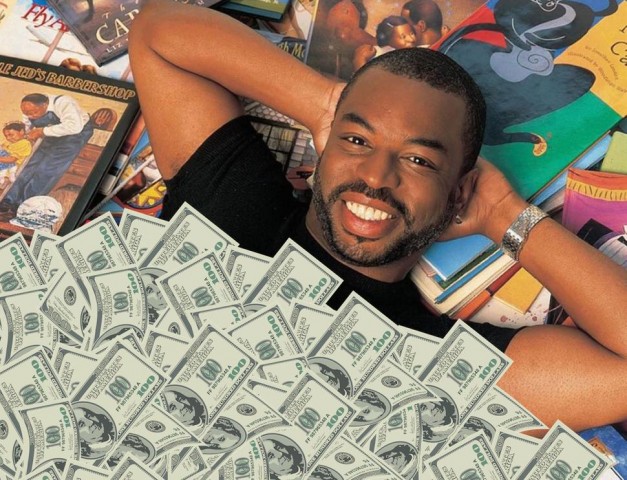 So you know how in Lord of the Rings when Frodo is like “I will take the Ring” and all the other guys at Elrond’s council are like “awesome, you totally have my axe and stuff”? (Obviously I am paraphrasing here). Anyway, the crowdfunding equivalent is basically happening right now, as four of the highest earning Kickstarters are teaming up to donate rewards from their campaigns to the new reigning champion, Reading Rainbow. Quick! Who has dibs on being Aragorn?

LeVar Burton announced the news today in an update on the campaign’s official Kickstarter page. Now that the Reading Rainbow campaign is one of the highest-earning Kickstarters of all time, the other four–Ouya, Veronica Mars, Pebble, and Pono–are congratulating their new companion by offering four “Limited Edition” rewards.

For $140, Pebble will bestow upon you a jet black smartwatch signed by LeVar Burton with a 8-bit Reading Rainbow-inspired watchface. $250 gets you an Ouya system and controller in “Butterfly in the Sky” baby blue (they’ll also be contributing a free Ouya to all the Adopt-a-School reward packages); and for $750, you can either land a collector’s edition Pono player signed by LeVar Burton, or tickets to a live reading event in L.A. with Burton, Kristin Bell, Enrico Colantoni, and Jason Dohring, as well as a bunch of Veronica Mars-related souvenirs. Oh, and also, Seth McFarlane is still going to match all those pledges.

“To the generous souls at Pebble, OUYA, Pono and Veronica Mars: thank you for joining us,” Burton wrote in the update. “What you’re doing here is unprecedented. We’re honored to join you in the Top 5, and we’re proud to have you as friends on the mission.”

As of writing, Reading Rainbow has raised $4,404,073 from 89,367 backers, and isn’t far behind the Veronica Mars record of 91,585 backers, which is pretty flippin’ awesome if you ask us. At this rate, they’re going to have so many books for every child that they’re going to run out of children first. Everybody start making more, now! Sex and books for everyone who wants ’em, hooray!

(via The Verge, original image via Reading Rainbow)