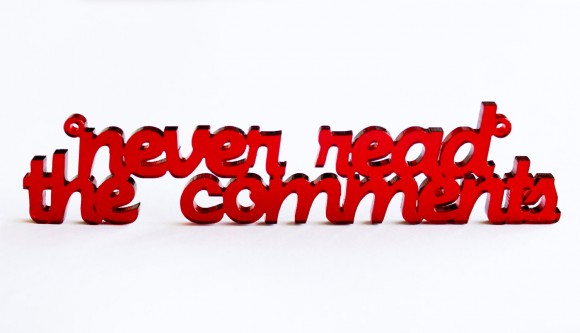 We’re lucky here at The Mary Sue to have a healthy comment section (with light moderation). And we know we’re lucky because we practically live on the internet, we witness how bad it gets out there on a daily basis (I even started a tumblr dedicated to how weird it can get). Well it just so happens Etsy user CupcakesAndMace is selling this necklace in a variety of colors to help remind you (and others) to stay far away from comment sections. They write, “Take brilliantly written articles with a spoon full of sugar instead of a squeeze of lemon in the eye and stop reading the comments. The world will be a brighter place when you forget how many idiots there are out there.” If you need some extra help, you could also follow this Twitter account.