We Knew It! Reading A Book More Than Once Has Mental Health Benefits 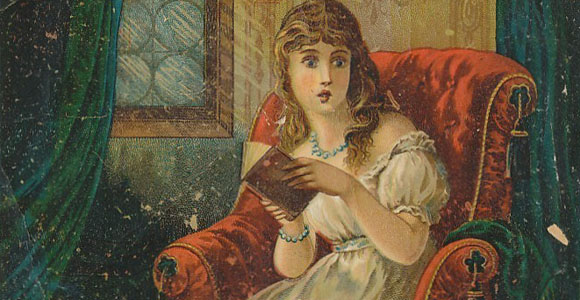 I’m gonna go out on a limb and guess that The Mary Sue readers have read at least one book twice. If not three, four, ten times. So it’s nice to know it’s not just for fun, it actually benefits your health!

“The habit of watching films or reading books multiple times encourages people to engage with them emotionally. The first time people read – or watch – through, they are focused on events and stories,” writes the Daily Mail. “The second time through, the repeated experience reignites the emotions caused by the book or film, and allows people to savour those emotions at leisure.”

The information comes via a study conducted through interviews with readers from both the United States and New Zealand. The emotional benefits gained from reading a book for a second time help people become more in touch with themselves they say.

“By doing it again, people get more out of it,” said author Cristel Antonia Russell of American University. “Even though people are already familiar with the stories or the places, re-consuming brings new or renewed appreciation of both the object of consumption and their self.” The same effect can be had by rewatching films or visiting favorite vacation spots.

The title of the paper in The Journal of Consumer Research is “The Temporal and Focal Dynamics of Volitional Reconsumption: A Phenomenological Investigation of Repeated Hedonic Experiences.”

It’s funny, whenever I go back to re-read a book, I always second guess myself thinking I should spend the time reading something new instead. Perhaps now I won’t feel as guilty. Which book have you read the most?