Why Lumberjanes Is the Comic You Should Be Reading Right Now 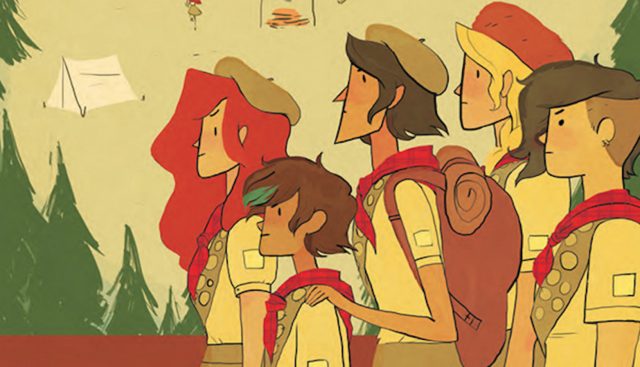 I love movies like The Goonies and Stand by Me as much as the next person, but where the ladies at? I don’t know about you, but I always craved that classic coming-of-age, outdoors, in-nature nostalgic childhood story that so many male-driven stories have.

Lumberjanes totally fills that gap in my soul. Lumberjanes is like if someone threw The Goonies, Adventure Time, and Buffy the Vampire Slayer into a blender together.

The Adventure Time part: The Lumberjanes are the campers who attend *takes deep breath* Miss Qiunzella Thiskwin Penniquiquil Thistle Crumpet’s Camp for Hardcore Lady-Types. The camp’s slogan, “Friendship to the Max,” would be cheesy if 1: the comic wasn’t drawn in Brooke A. Allen’s Adventure Time-y style and 2: it wasn’t so dang cute.

The Buffy part: The story focuses on the Roanoke cabin where Lumberjanes Jo, April, Mal, Molly, and Ripley are not only bunkmates, but best friends who go on epic adventures that happen to include the supernatural.

The Goonies part: When a curse-like menace starts befalling the forest and its inhabitants, the Roanoke campers go on an adventure that takes them everywhere from booby trap-fitted caves to sasquatch bonfires. It’s a fun, incredibly readable all-ages comic that will make comic-readers happy while providing an easy gateway for those who have yet to dabble in the comic book world.

As fun and enjoyable the story is, it came out of very real frustration with how women in comics are often portrayed. Lumberjanes brain Noelle Stevenson helped spark the backlash towards ladies in comic books. She started the Internet-famous “Hawkeye Initiative,” where Hawkeye is drawn in the same over-sexualized way that many women in comics are drawn … with amazing results. 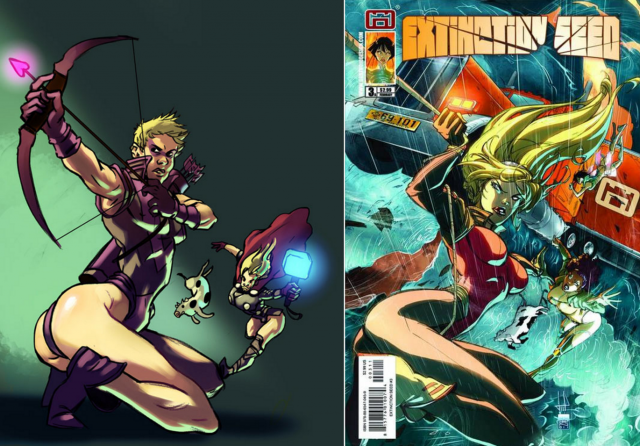 As a 23-year-old who already owns two Eisner awards and whose comics, Lumberjanes and Nimona, have hooked movie deals, Stevenson’s pretty much the coolest person who will make you feel like you’ve done nothing with your life. I would go on about how it’s refreshing to see a lady-created and lady-driven story, to see lady campers who aren’t wearing tight t-shirts and daisy dukes, how all the characters are diverse in race and sexuality … but what’s important here isn’t the fact that this is a female-driven story—it’s that this is a cool story with awesome characters who also happen to be diverse women.

Include them flawlessly onto awesome characters and story? Boom, you have representation that’s normalized rather than drawing attention to itself, and I, as a woman, appreciate that. I don’t want a story that screams, “HELLO YES YOUR DEMOGRAPHIC IS INCLUDED.” I want a good story with female characters I can like and relate to, and Lumberjanes is just that.

Carlyn Hill is a content manager and writer at Threadless by day, contributor for HelloGiggles and podcaster by night. Just like Batman. When she’s not writing or drawing, you can find her in her mismatched socks and hanging out with her boyfriend, Netflix. Twitter: Chillyn555. Medium: @hiyeshello.